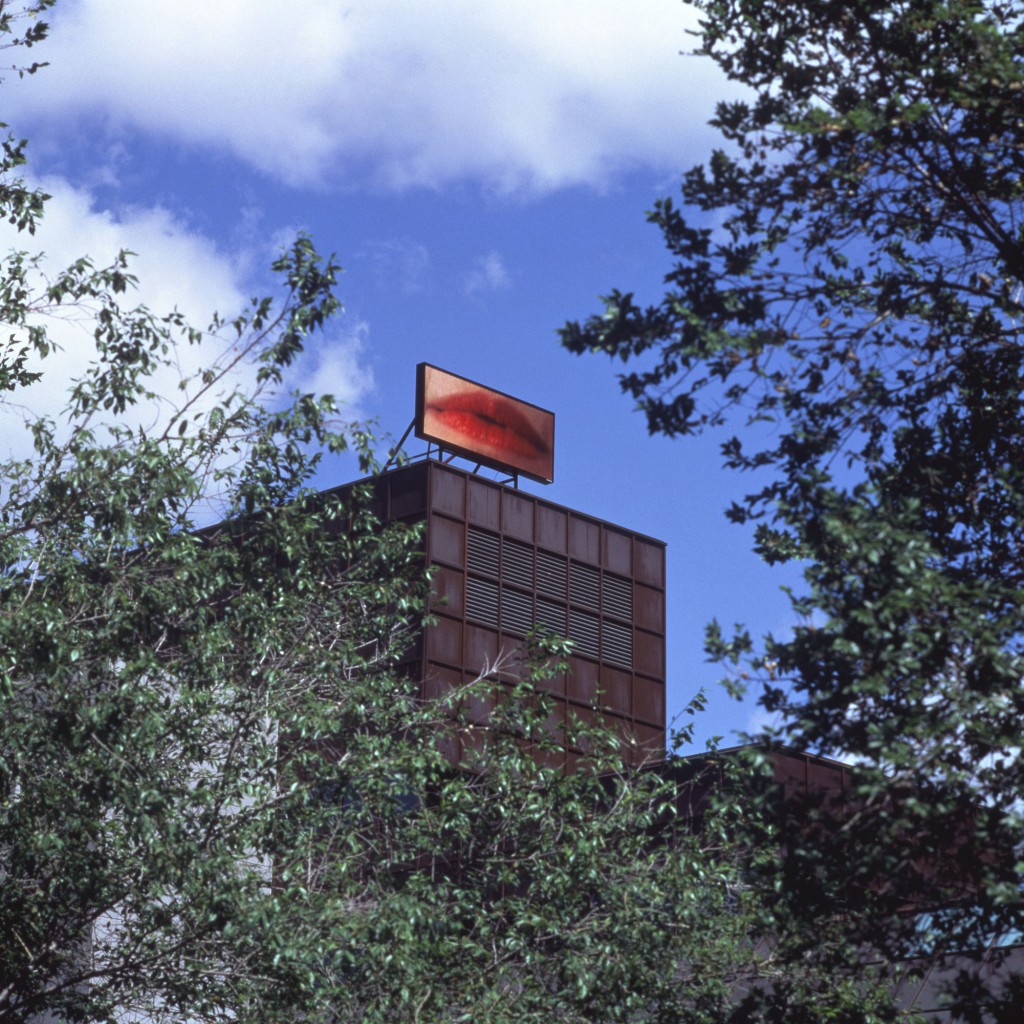 Montréal, November 11, 2015 – The Musée d’art contemporain de Montréal (MAC) is pleased to announce that it is Art Public Montréal’s featured partner for the month in November. This endorsement falls squarely within the Musée’s mission to promote contemporary art in the heart of Montréal life, an endeavour that extends well beyond its own walls.

Throughout November, Art Public Montréal will feature seven works displayed around the city that are part of the MAC’s permanent collection. These works, created for the most part by artists from Québec, form an impressive and varied set, headlined by three pieces that contribute to the city’s unique character:

Located on the roof of the MAC since its downtown inauguration in 1992, La Voie lactée by Geneviève Cadieux lights up the Montréal sky and guides its dwellers, an improbable beacon over the downtown core below. Night and day, this large, luminous photograph rises like a monument – free and celestial – overlooking the city. The artist is interested in female speech and chose to photograph her mother’s lips, thus honouring and feminizing the museum. This strong and seductive presence has become one of the foremost symbols of the metropolis.

The only fountain-sculpture made by Riopelle, La Joute is located in the square dedicated to the artist within the Quartier international de Montréal. Installed between the Palais des congrès and the Centre CDP Capital, the work is a dreamlike detour that celebrates the extraordinary in the very heart of the business world. La Joute is made up of 30 bronze elements representing some of the animal and mythological figures that marked Riopelle’s childhood and imagination. The artist also employed alchemy in this work by combining jets of water and circles of fire that can be viewed on summer nights. Between fire and water stand, among others, the Owl, the Fish, the Bear and the Dog. It is a spectacle that incites the elements, a game that invites hurried passersby to slow down before the beauty of the world. Preserved under crates during major roadwork, La Joute will re-emerge in all its splendour in the summer of 2016. The work will be unboxed in December 2015.

1976: Montréal hosts the Olympic Games. That same year, Marcel Barbeau creates the sculpture Nadia ou Le Saut du tremplin in reference to a certain Nadia Comaneci, the 14-year-old Romanian gymnast who thrilled the world and marked the Games by attaining perfection… and collecting the gold medals that go with it. Located in Montréal’s Old Port, the sculpture features bright red lines that are clean and dynamic, honouring the fluidity, lightness and freedom of motion. The work is a crystallization of movement and traces, in the city air, the pirouettes of a young woman who marked Montréal.

Moved by a desire to make public art more accessible, the Musée d’art contemporain has joined 17 other prestigious partners who have pooled their public artworks together for the Art public Montréal project, thus creating a collection of 600 important pieces.

The Musée d’art contemporain de Montréal is a provincially owned corporation funded by the Ministère de la Culture et des Communications du Québec. It receives additional funding from the Department of Canadian Heritage and the Canada Council for the Arts. The museum gratefully acknowledges their support and that of its principal partner, Collection Loto-Québec. The MAC also thanks its media partners La Presse and Cogeco. 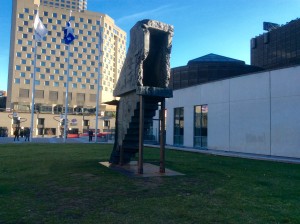 On display on the Place des Arts esplanade, Shelter (2012) is a bronze reproduction of the entrance to an underground shelter in Tel Aviv. In order to faithfully replicate the space and preserve its integrity, the artist used rubber moulds to imbue her sculpture with all the details of the original site. “Securing shelter is […]