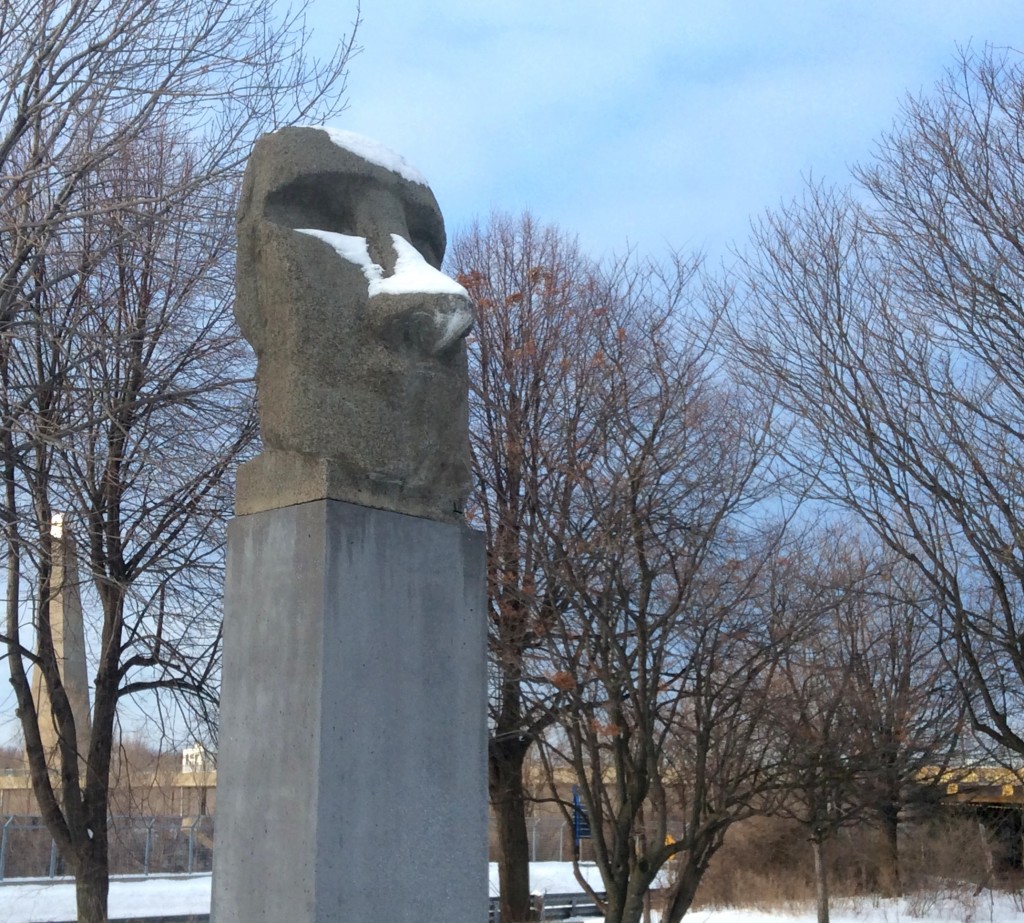 Montréal possess an authentic replica from an original Moaï giant found on Easter Island, this island off Chili isolated in the southeastern Pacific Ocean, discovered by a Dutch explorer on Easter Sunday in 1722.

Easter Island, also known as Rapa Nui, is famous for its volcanic rock giants, some of which rise ten metres. The original head from the parc Jean-Drapeau’s replica broke off from its body in a tsunami in 1960 and is about 2.5 metres tall.

In 1968, the archaeological site was threatened by a project to construct a runway. The International Fund for Monuments decided to alert public opinion by erecting one of the Moaï heads in front of the Seagram Building in New York City in order to raise awareness about the need to preserve these ancient indigenous sculptures. The sensitization initiative met its object and the construction project was cancelled. Lippincott Inc., an american company specializing in the manufacture, reproduction and installation of large-format public sculptures took advantage of the situation by signing a contract with Chilean authorities to create full-scale reproductions of the Head. The company received permission to create as many as 100 replicas, but in the end only created 11.

In 1970, one of them was on view in the “Strange, Strange World” pavilion, at Man and His World in Parc Jean-Drapeau. It was acquired by Montréal’s municipal administration in 1973. In 2010,Tête Moaï was exhibited in front of Pointe-à-Callière, Musée d’archéologie et d’histoire de Montréal, as part of its exhibition on Easter Island, and Rapa Nui history and culture. 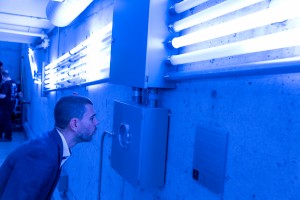 A new artwork from the École de technologie supérieure (ÉTS) is added to Art public Montréal’s inventory! Located in the tunnel linking the two main ÉTS pavilions, Circuit de Bachelard  is an interactive light- and sound-activated installation. Comprised of common electrotechnical materials, it transforms a concrete tunnel into a work of art. Shifting from a color […]