Born in Castleford, England, in 1898, Henry Moore is recognized as one of the greatest sculptors of the 20th century. Having completed his training at London’s Royal College of Art, Moore moved to Hampstead in 1932, where he lived in the same area as fellow artists Ben Nicholson and Barbara Hepworth. In 1940, after the bombing of his studio, Moore moved to Much Hadham in Hertfordshire, where he lived for the rest of his life. Rejecting the academic tradition of modelling, most of Moore’s early work was carved. During the 1930s, his work became more directly influenced by European avant-garde art, particularly the Surrealism of Jean Arp. Although he produced some purely abstract pieces, his work was always based on forms in the natural world—usually the human figure. Moore also continually drew, his preparatory sketches enabling him to work out various poses and formal variations. The designs that held his attention could then be translated into sculpture. Beginning in the mid-1950s, however, Moore’s working methods changed. His sculptures became less frontal, and he began to find that working from a drawing of a sculptural idea was contrary to his aims. Although Moore continued to produce drawings and colour lithographs, those executed in the latter part of his career seldom relate directly to a specific sculpture. Nevertheless, at the end of his life, when he no longer executed large works, he continued to make drawings of ideas for sculptures. He died in Much Hadham, England, in 1986. 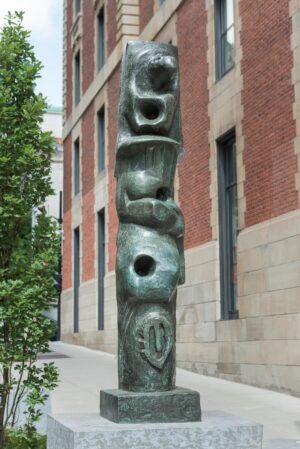 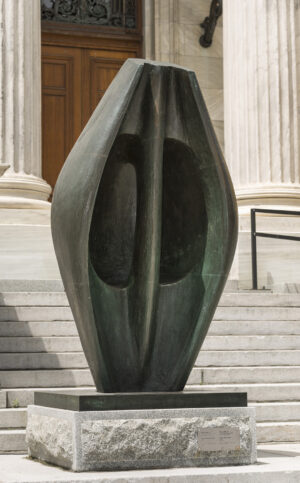 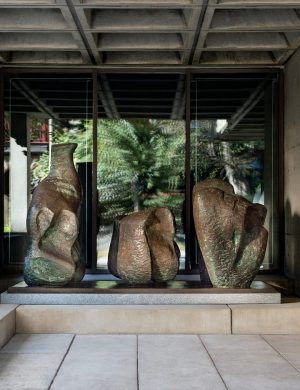