Born in 1925 in Montreal, Marcel Barbeau is a pioneer of the Automatist movement and counts amongst those artists who laid the foundations of modern art in Quebec. A painter, choreographer and sculptor, he has remained faithful throughout his career to an approach rooted in spontaneity, intuition and experimentation. Adhering to an ideology of non-conformity, he produced a protean body of work synonymous with great freedom of expression. Marcel Barbeau was made Officer of the Order of Canada in 1995 and is member of the Royal Canadian Academy of Arts since 1993. He was twice-honored in 2013 as he was awarded both the Prix Paul-Émile Borduas and the Governor General’s Award in Visual and Media Arts. 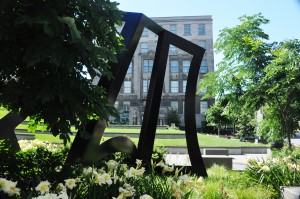