Jean-Jacques Besner was born in Vaudreuil in 1919. A commercial and interior designer, he was director of the Man at Work pavilion at the Montréal World Fair in 1967. His work, influenced by Russian constructivism, was inspired by the encounter of art and technology. “Aesthetics and movement are the primary concerns in my work: a formal aesthetic and an aesthetic of materials associated with the real or virtual movement of sculptures, murals, or stained-glass windows,” he once said. In Montréal, his sculptures can be seen at Maison Alcan and the Lucien-L’Allier métro station, among other places. He died in 1993. 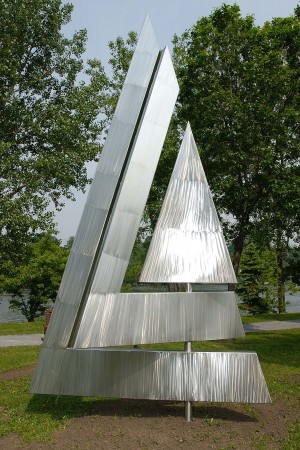