Born in Montreal, Yvette Bisson studied at the École des beaux-arts de Montréal from 1942 to 1947, then at the Montreal Museum of Fine Arts School of Art and Design from 1954 to 1956. In 1961, with Yves Trudeau, she founded the Association des Sculpteurs du Québec, acting as secretary for several years. She also co-founded the stone sculpture school at the Saidye Bronfman Centre, where she taught sculpture from 1963 to 1971. She taught at the École des beaux-arts de Montréal, the Université du Québec à Montréal and Collège Saint-Louis-Maillet in Edmundston, New Brunswick, where she settled in 1970. Along with Françoise Sullivan, Bisson is considered one of the pioneers of new sculpture in Quebec, exhibiting her work as early as 1964 in the gardens of the Hélène de Champlain restaurant on Île Sainte-Hélène. She was awarded the Miller-Brittain Prize for her contribution to the development of the visual arts in New Brunswick through her artwork and teaching. 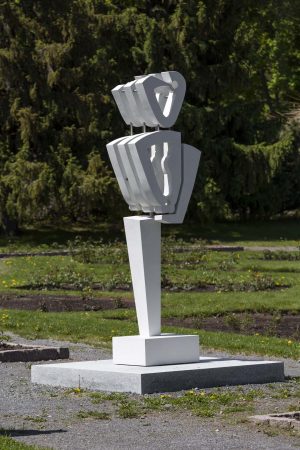 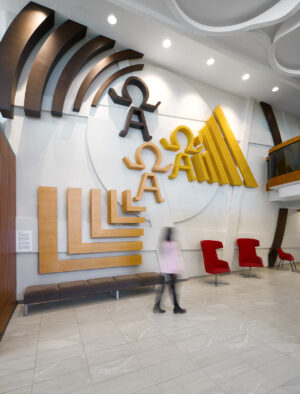