Born in Montreal in 1967, Valérie Blass holds a master’s degree in studio and media arts from the Université du Québec à Montréal (UQAM). Her work has been the subject of a number of solo exhibitions, including at CIRCA art actuel, Galerie B-312, Parisian Laundry, and DARE-DARE in Montreal, L’Œil de Poisson in Quebec City, and the VOLTA art fair in New York. It has also been featured in many group exhibitions, notably at the Galerie de l’UQAM, the Musée d’art contemporain de Montréal (in the Québec Triennial), and the Centre Clark. In 2009, her exhibition Une fois de trop (One Time Too Many) was presented at the Museum of Contemporary Canadian Art in Toronto. In 2012, the Musée d’art contemporain de Montréal devoted a solo show to her work, and in 2012–2013, it found a place in the exhibition Oh, Canada, the major survey of Canadian contemporary art held at the Massachusetts Museum of Contemporary Art (MASS MoCA), located in North Adams. 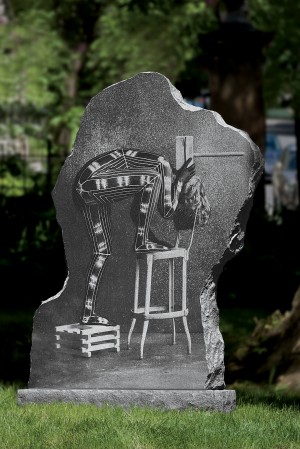