The son of Paul-Émile Borduas, a signatory of the Refus global, Paul Borduas studied at the École des beaux-arts de Montréal in 1961. He assisted Jean-Paul Mousseau in the creation of the mural integrated into the Hydro-Québec building and acted as an assistant at the first Symposium international de sculpture du Québec, where he produced a work with Ivanhoë Fortier and Yves Trudeau. Borduas abandoned his art career at an early age to teach at the Université du Québec à Montréal. In 1967, he executed a sculpture for La Ronde at Expo 67. His works are included in a number of Quebec museum collections. 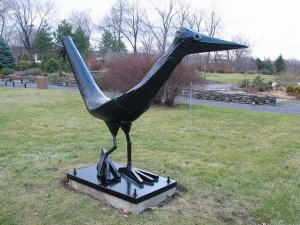