Sylvie Bouchard lives and works in Montreal. She studied visual arts at the University of Ottawa and has been active as painter since the early 1980s. She has been the recipient of numerous grants from the Conseil des arts et des lettres du Québec and the Canada Council for the Arts. Her work has been presented in solo exhibitions at various venues, including the Musée d’art contemporain de Montréal (2005), the Musée régional de Rimouski (1997) and the Southern Alberta Art Gallery in Lethbridge (1993). She has taken part in many group exhibitions across Canada and abroad. Her work is represented in a number of public collections, including those of the Montreal Museum of Fine Arts, the Musée d’art contemporain de Montréal, the Musée national des beaux-arts du Québec, the Musée régional de Rimouski, the National Bank of Canada in Montreal, the Royal Bank of Canada in Toronto and the Canada Council Art Bank, as well as in numerous private collections. 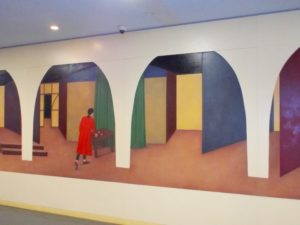 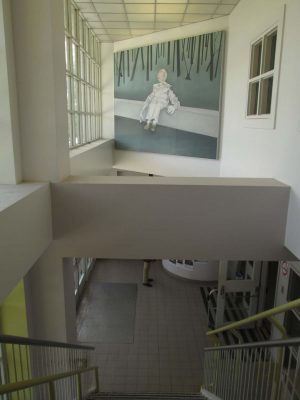