Of Chipewyan and French origin, Bruce LaFountain grew up on the Turtle Mountain Chippewa Indian Reserve in North Dakota. After high school, he enlisted in the armed forces and was stationed in Germany. After his military service, in 1981, he began to work as an assistant for his brother, sculptor Presley LaFountain. Today, his works are on display in various major national museums. 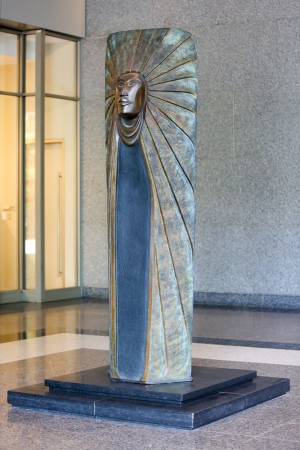