The son of a stonecutter, Roger Cavalli immigrated to Canada in 1956. In Europe, his works were exhibited at the Salon des provinces françaises de Metz. When he arrived in Canada, he attended the École des beaux-arts de Montréal, where his skill at modelling materials was noticed. In the 1960s, he was represented by Galerie Martin in Montréal, where he had solo exhibitions in 1965 and 1967. During this period, he was also represented in a number of exhibitions and salons in Québec. His sculptures are in collections in Canada, the United States, Italy, England, France, and Mexico. 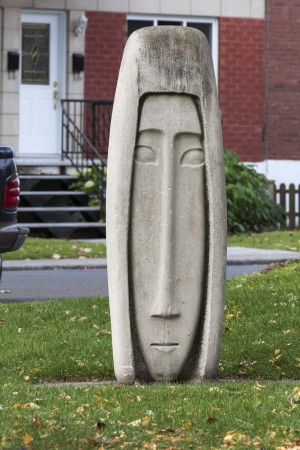