With degrees in architecture from McGill and Yale, Melvin Charney (Montréal, 1935–2012) rethought interactions among image, memory, and urban sites. His artworks, moving between architecture and the visual arts, are included in numerous national and international collections, including the National Gallery of Canada, Centre Georges-Pompidou, and the Fonds national d’art contemporain in Paris, and have been featured in a number of retrospectives (Museum of Contemporary Art, Chicago, 1982; Canadian Centre for Architecture, 1991; Musée d’art contemporain de Montréal, 1979 and 2002). The permanent installations Canadian Tribute to Human Rights in Ottawa and the Canadian Centre for Architecture Garden in 1990 are among his most important public art projects. 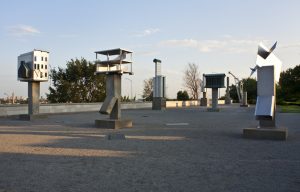 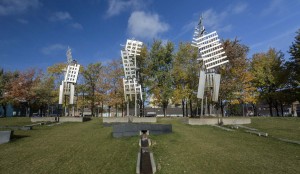