Daily tous les jours is an interaction design studio with a focus on participation – empowering people to have a place in the stories that are told around them.  Their projects focus on collective experiences in public spaces, they are opportunities to enable change, stimulate engagement that sparks conversations amongst strangers, and create strong bonds between citizens and their environment.

Daily tous les jours was co-founded in 2010 by Mouna Andraos and Melissa Mongiat. 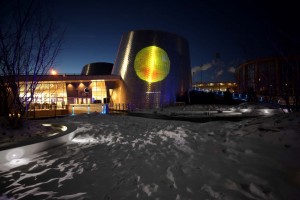