A major figure in the French post-war abstract art movement and a member of the Académie des beaux-arts, Olivier Debré was born in Paris in 1920. In 1938, he earned a degree in architecture and literature from the École des beaux-arts de Paris, where he became a professor 40 years later. His early works were characterized by an impressionist tendency, but in the winter of 1942–43, he turned to expressionism and abstraction. He became renowned in his own country and internationally. The creator of numerous monumental artworks, including ceramics for the Osaka World Fair and the Front de Seine in Paris (1980), as well as the stage curtains for the Comédie-Française (1987) and Opera Hong Kong (1989), Debré executed very few sculptures in the course of his career. 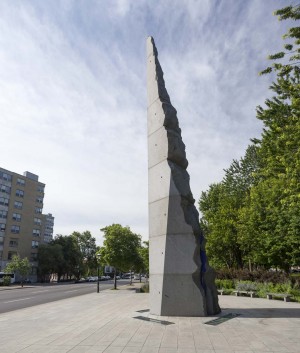