Tatiana Démidoff-Séguin (1935–2006) was a Québec painter and sculptor of Russian ancestry, born in Algeria. She received a classical education in Algiers and studied art in Paris before moving to Québec in 1962. Co-founder of the magazine Espace, she became an important figure in Québec sculpture.

Démidoff-Séguin participated in a number of symposiums and left 15 works of public art, in Quebec and abroad, including La colonne du temps (1991) in Combs-la-Ville, France, and Passage (2003) in Rivière-du-Loup, Québec. 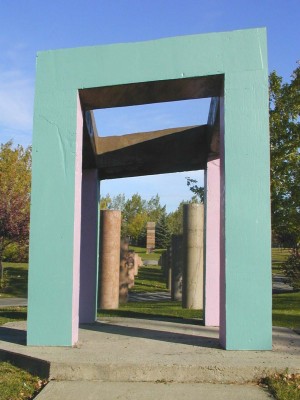