Painter, photographer, and video artist Jean-Sébastien Denis was born in Sherbrooke in 1970. He has lived and worked in Montréal since 1993. Mr. Denis studied fine arts at UQAM, where he received the Jacques de Tonnancour graduate award in 1997. He has since taken part in several group and solo exhibitions in Montréal, Sherbrooke, Toronto, France and Germany. The artist’s pictorial approach stems from a reflection on movement and the instability of the things around us. It attempts to translate the complexity of the world by working from a broad spectrum of pictorial methods. His recent series draws on the intersection between the palpable and the virtual that typifies our current reality. 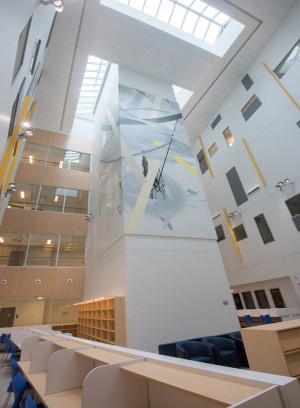