Sorel Etrog was born in 1933 in Jassy, Romania and began his artistic schooling in 1945, and then in 1950 at the Tel-Aviv School of Fine Arts following his family’s emigration. In 1958, he assembled a solo exhibition and was granted a scholarship to study at the Brooklyn Museum Art Institution. A year lated, Toronto collector Samuel J. Zacks led him to discovery the city in which he would briefly live. For four years, Sorel Etrog went back and forth to and from his New York studio before finally settling down there in 1963.
He represented Canada at the Venise Biennale in 1966. His pieces were created both for the private and public sectors: Montreal’s Expo 67, the Sn Life Centre, the Los Angeles County Museum and the Olympic Parc in Seoul, Korea. This internationally-renowned artist has his work showcased around the globe. Sorel Etrog was accepted into the Order of Canada in 1994 and was made a Chevalier de l’Ordre des Arts et des Lettres by the French government in 1996.
Though bronze was Sorel Etrog’s favorite material to use, he also worked with others, including a few marble sculptures. The size of his pieces vary from small to monumental. In the last few years, the artist incorporated laminated metal sheets in his bank of materials.
Etrog was also interested in drawing (graphite, pastel and charcoal) and watercolors for both preliminary sketches and as a separate medium. As with his sculptures, the drawings explore both mechanics and biology in a harmonic way: mechanistic bodies, wrench-shaped hands, pure machines, blends, labyrinths and monsters. Like other artists form his generation, Etrog was influenced by the primitive arts and contemporary machinery. He uses them both for an infinite array of combinations. 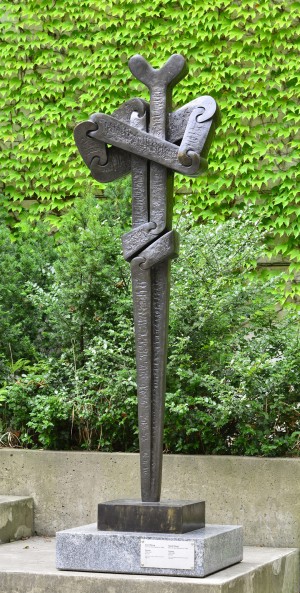 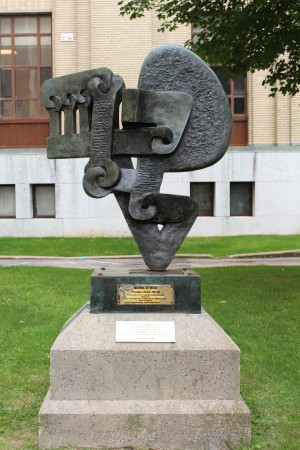