Born in 1941 in Prestatyn, Wales, Barry Flanagan was first introduced to sculpture at the Birmingham College of Arts and Crafts, where he was studying architecture. In 1963 he was awarded a scholarship that enabled him to enrol at Saint Martin’s School of Art in London (now Central Saint Martins), where he received a diploma in architecture. His first exhibition was held in 1966 at London’s Rowan Gallery. Several major exhibitions followed, and his work was shown at the 1982 Venice Biennale. Germany’s Kunsthalle Recklinghausen museum mounted a retrospective of his work in 2002. Barry Flanagan died in 2009 in Ibiza, Spain. Tate Britain in London devoted an exhibition to his early works in 2011. His sculptures of exuberant hares, horses, and circus elephants can be found in the collections of the world’s greatest museums, including the Tate, the Museum of Modern Art in New York, and the Musée national d’art moderne at Centre Pompidou in Paris. 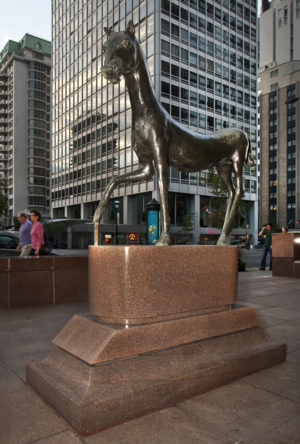 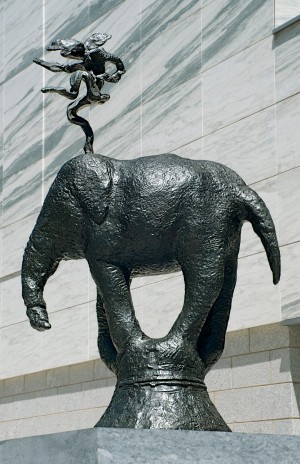