Born in Bucharest in 1931, Vasile Gorduz was a top-ranked sculptor in the Romanian art scene. From 1954 to 1961, he studied at the Bucharest Academy of Fine Art, where he worked as a professor starting in 1990. In 1963, he became a member of the Romanian Union of Visual Artists. Gorduz also founded Groupe 9+1, for Romanian intellectuals, in 1981. He received numerous awards and distinctions, and his works are in a number of collections in France, Italy, England, Germany, the United States, the Netherlands, and other countries. He died in 2008, and two years later his widow, the Romanian sculptor Silvia Radu, organized a retrospective exhibition of his body of work at the art gallery in the Mogosoaia palace, in the Bucharest region. 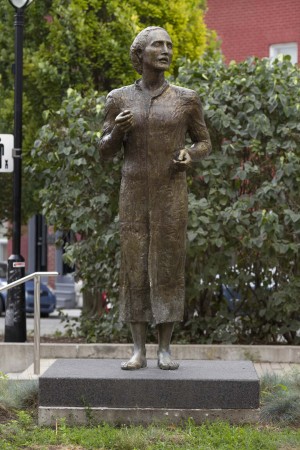