Princess Louise was born in 1848, the sixth child of Queen Victoria. The Princess had strong links to Canada. Her husband, John Campbell, Marquess of Lorne, was appointed Governor General in 1878. Lake Louise, Alberta, was named after her, as was Alberta itself —her middle name being Alberta. Louise also left a mark on Canadian arts, helping to found both the Royal Canadian Academy of Arts and the National Gallery of Canada. 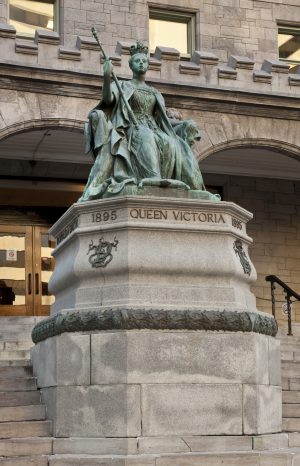