Raoul Hunter, born in Saint-Cyrille-de-Lessard, graduated from the École des beaux-arts de Québec in 1953. A teacher and sculptor, he was also a caricaturist and editorialist at the Québec City daily Le Soleil. Most of his sculptures were commissions. His production was very diverse, including statues, monuments, busts, medals, and bas-reliefs. His artworks are found in various locations in North America: Québec, Ontario, Alberta, Massachusetts, Washington, Oregon, Alaska, and California. 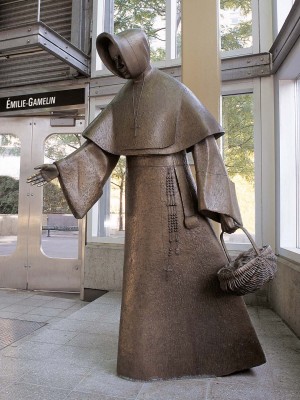