Born in Nantes in 1829, Charles-Auguste Lebourg began his career in the studio of the famous sculptor François Rude. He then struck out on his own, and his production consisted almost exclusively of busts. Although he exhibited regularly in salons, he was best known for his designs of Wallace fountains (public drinking fountains). He died in Paris in 1906. 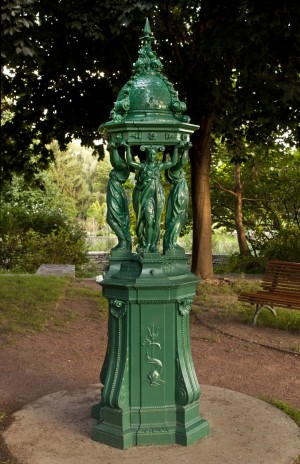