Suzelle Levasseur earned a BFA in visual arts from the Université du Québec à Montréal in 1976. She completed an internship at the Studio du Québec à Paris and Cité internationale des arts in 1992 and 1993. She has had solo exhibitions, including one at the Musée d’art contemporain de Montréal in 1987, and her work has been presented in group exhibitions such as Femmes artistes du XXe siècle au Québec, at the Musée national des beaux-arts du Québec, in Québec City, in 2010. Her works are in numerous public and private collections. 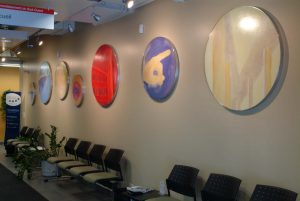