Mathurin Moreau was born in Dijon in 1822 and died in Paris in 1912. The son of sculptor Jean-Baptiste Moreau, he was first exposed to sculpture in his father’s studio, then continued his studies at the École des beaux-arts de Paris. He created hundreds of models of decorative objects such as candelabras and funerary monuments for the Val d’Osne art foundry. He designed the model that was used to produce the Tourny fountain, one of the two copies of which stands in front of the National Assembly building in Québec City. 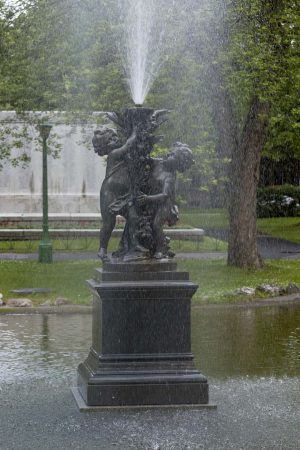