Takera Narita was born on 13 October 1939 in Tokyo, Japan, and studied at the Musashito school of fine art in Japan and the École des beaux-arts in Paris, France. He participated in a number of sculpture symposiums in Europe, including the first international gathering for granite sculpture organized by the Centre d’art contemporain de Vassivière-en-Limousin, in France, in 1983. His works were presented twice, in 1980 and 1981, at the Salon de la jeune sculpture de Paris. He died in Paris in 2001. 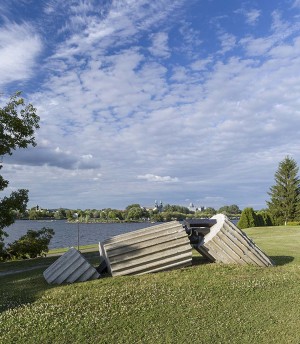