A painter, draughtsman, printmaker and sculptor, Mimmo Paladino is one of the outstanding artists of his generation. Born near Naples in the town of Paduli in 1948, he is one of the leading representatives of Italy’s Transavanguardia movement. Along with other Transavanguardia artists Sandro Chia, Francesco Clemente, Enzo Cucchi and Nicola De Maria, he was invited to show his work in the Aperto section of the 1980 Venice Biennale. The following year, his work was featured in A New Spirit in Painting, an exhibition held at London’s Royal Academy of Arts that proved crucial in bringing that time’s Neo-Expressionist, figurative art to public attention. Initially focusing on drawing and then painting, Paladino began working in sculpture in 1982. The legacy of the Mediterranean’s ancient cultures predominates in his internationally recognized work. Filled with symbols drawn from both Christian imagery and Classical mythology, his enigmatic compositions can be interpreted as timeless allegories of the mystery of life and death. 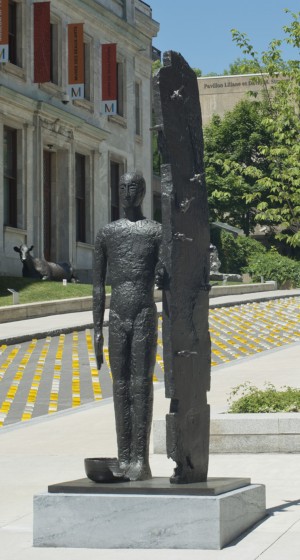