Born in Sainte-Agathe-des-Monts in 1954, Guy Pellerin received a bachelor’s degree in the visual arts from Quebec City’s Université Laval in 1977, and a master’s degree from Boston’s Massachusetts College of Art in 1979. Concurrently with his work as a painter, he has taught in a number of educational institutions, including the Université de Montréal and Université Laval. He has also taken part in restoring many artworks, including paintings by Ozias Leduc in Joliette, Quebec’s Saint-Charles-Borromée Cathedral. Pellerin’s work has regularly been exhibited in Quebec, the rest of Canada and France since 1979. No 262 – la couleur des lieux, presented in 1996 at Galerie Yves Le Roux in Montreal, then in 1996 at Galleri Weinberger in Copenhagen and in 2000 at the National Gallery of Canada, as well as Route 132, shown in 2007 at the Musée régional de Rimouski, are among the most important of his solo exhibitions. The Musée d’art contemporain de Montréal, Canadian Cultural Centre in Paris, and Saidye Bronfman Centre for the Arts have also mounted major shows featuring his work. Guy Pellerin lives and works in Montréal. 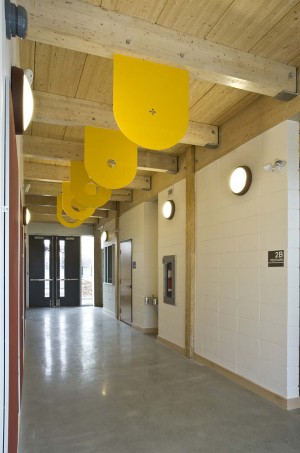