Born in 1955 in Barcelona, Plensa studied at the Llotja School of Art and Design and at the Sant Jordi School of Fine Art. Since 1980, the year of his first exhibition in Barcelona, he has lived and worked in Berlin, Brussels, England, France and the United States, as well as in the Catalan capital. He has taught at the École nationale supérieure des beaux-arts in Paris and has regularly served as a guest professor at the School of the Art Institute of Chicago. He has also given lectures and taught courses at many other universities, museums and cultural institutions worldwide. Jaume Plensa has received numerous national and international honours, including being named a chevalier of the Ordre des Arts et des Lettres by the French Ministry of Culture in 1993, and awarded the government of Catalonia’s National Prize for Fine Art in 1997. He was the recipient of an honorary doctorate from the School of the Art Institute of Chicago in 2005. Jaume Plensa was also awarded Spain’s National Prize for Fine Art in 2012 and the country’s prestigious Velázquez Prize for the Arts in 2013. 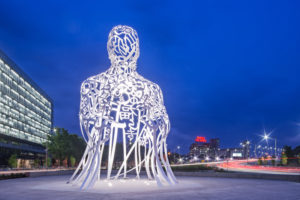 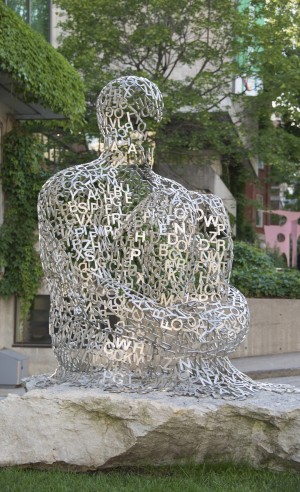