After studying with Albert Dumouchel at the Institut des arts graphiques de Montréal, Jean-Noël Poliquin (1927–99) lived in Europe in 1955–56. There, he worked at the Académie du Jeudi under the supervision of Arno Stern and became interested in art education for children. In the 1960s, he had exhibitions at Galerie Libre and Galerie Nova et Vetera, in Montréal, and presented his artworks at the Salon de la jeune sculpture at the Musée Rodin in Paris. In 1983, he executed the wall covering and handrail for the Fabre Métro station. 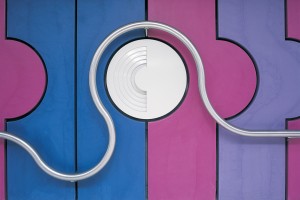 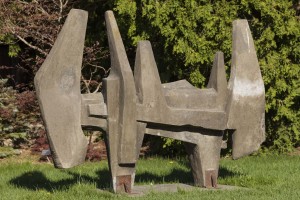