Richard Purdy studied at the Nova Scotia College of Art and Design in Halifax, then pursued a Master’s in Arts at the Villa Schifanoia Badia Fiesolana in Florence and a Doctorate’s in the studies and practices of art at UQAM in 2000. He also teaches visual art and art history in the UQTR’s Département des arts while directing research projects. He has published more than twenty papers.
In 1991, Richard Purdy founded Les Industries Perdues. The collective created 19 public art projects, including pieces for the United Nations, Quebec City, the STCUM, Cirque du Soleil, Télé-Québec, Ahuntsic Cégep, the Théatre du Nouveau Monde, the Carbone 14’s Usine ”C” and the place Gérard-Godin in front of the Mont-Royal metro station in Montreal. The artist participated in over a hundred solo or collective exhibits in France, Great Britain, the United States, Germany, Australia and of course in Quebec and Canada. In 2010, he showcased his work at the Espace Shawinigan, an exhibit which regrouped four very large installations.
Richard Purdy does as much performance art, paintings, installation as sculpture and works with researchers in other disciplines. Interdisciplinary work is important to him because it presents a subject in many different points of view. This artist loves to surprise his public and plays on ambiguity and illusions. Purdy also subverts systems that melt reality because, as he put it, ”my goal is not to create the new, but to discover what has been forgotten.” He also explored on many occasions the theme of stupa, particularly in the performing arts and dance. He believes that one must experience an object in order to understand its fundamental meaning. 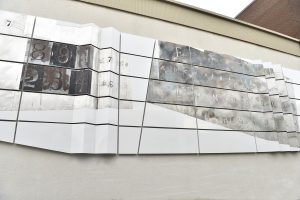 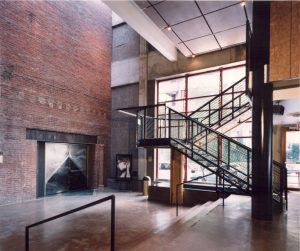 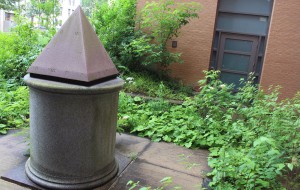 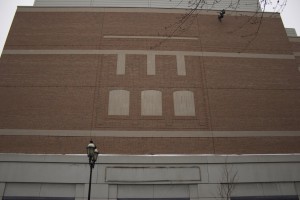