Sylvie Rochette is active as an artist and a cultural worker. She started a training in metal casting at Atelier de fonderie de Québec in the 1970s, pursued her training in sculpture and obtained a certificate at UQAM (1983) and a major at Concordia University (1990), concluding with a Bachelor in Art History at UQAM (2005). At the same time, she also worked as project supervisor of the Code of Ethics in sculpture publication (1990), of various studies for Conseil québécois des ressources humaines en culture (CHRHC, now Compétence Culture) and for Conseil des ressources humaines du secteur culturel (CRHSC), as well as trainer-consultant (1990-until today). After working and living in British Columbia (2005-2016), Sylvie returned to Quebec, now living and working from the Eastern Townships. 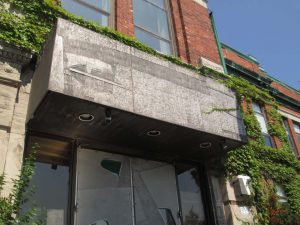