Born in Koenigsfeld, Germany, Hans Schleeh (1928–2001) studied with Richard Class at the Lahr School for Sculptors, and then at the Karlsruhe Academy of Fine Arts in Germany. He moved to Montréal in 1951 and began his career by executing sculptures at the basilica of Sainte-Anne-de-Beaupré, in the Québec City region. In 1960, he presented his first solo exhibition at Dominion Gallery. Two years later, his works were shown at the New Art Centre Gallery in New York. His large marble sculpture Swan is on display at Place des Arts in Montréal. 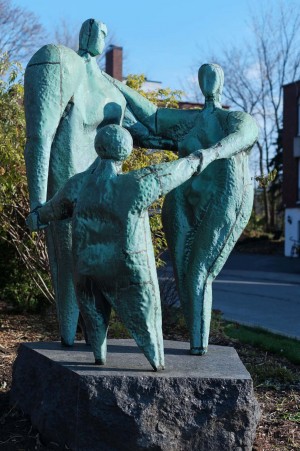