Pierre Székely (Budapest 1923–Paris 2001) studied drawing and printmaking in schools and studios in Budapest. He discovered sculpting in stone in a labour camp during the war, and he produced his first architectural sculptures when he arrived in France in 1946.

Over the years, Székely’s playground sculptures for children and his technique of shaping granite with flame made him very famous. His artworks are found today, among other places, in Pécs, Hungary, where an outdoor museum is devoted to him. 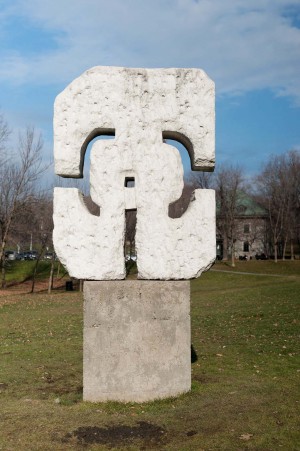