Ernestine Tahedl was born in Austria, and studied at the Vienna Academy of Applied Arts, receiving a master’s degree in graphic art in 1961. In Austria, as well as in Canada where she emigrated in 1963, Tahedl has won general acclaim for her work. Her awards and honours have included the Allied Arts Medal of the Royal Architectural Institute of Canada, a Governor General’s Canada 125th Anniversary Medal, and a retrospective from the Varley Art Gallery of Markham (Markham, Ontario). 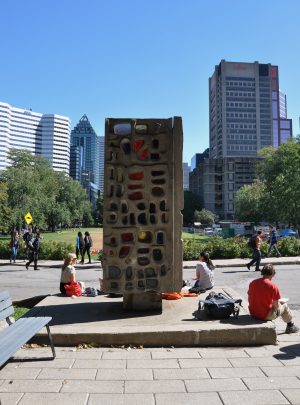