Robert Tait McKenzie was born in Almonte, Ontario. At age 18, he began his studies at McGill University, where he would earn his bachelor’s degree and medical degree before joining the faculty as a lecturer in anatomy and the Medical Director of Physical Training. Tait McKenzie began sculpting in 1903, out of a need for example pieces for his anatomy lectures. At McGill and later, at the University of Pennsylvania, he developed his practice as a sculptor, eventually achieving recognition for his work. 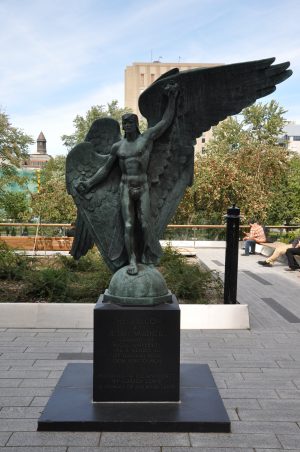