Her meeting with Université de Montréal biology researchers in 1995 was a turning point in her career. Anne Thibault drew inspiration from the scientific universe; her quest to find ”living pigments” first led to the study of plankton and microscopic algae. Phytopathologist Peter Newman then showed her artistic potential behind mold. She learned that it was easy and harmless to assemble cultures that would present an infinite variety of colors and textures. Since then, she built installations which met half way between arts and sciences in collaboration with microbiological research and schooling in Canada and abroad.

In 1995, Anne Thibault worked on a mobile and living laboratory project entitled La chambre des cultures. The exhibit was displayed until 2001 in many artist center in Canada and abroad. Thibault had her work displayed notably in Canada, Finland, Spain and England. Examples of which include her recent participation in the Intrus/Intruders exhibit at the Musée national des beaux-arts du Québec (2008-2009) and Dé-con-structions at the National Gallery of Camada (2007). Her art is on display in collections belonging to the Musée national des beaux-arts de Québec, the City of Ottawa, and the Ottawa Art Gallery. Anne Thibault also created more than ten pieces integrated to architecture and the environment including the Cégep de Granby (2011), the National Circus School of Montreal (2010) residences, the Hôpital psychiatrique de Malarctic in Abitibi (2009), the Hôpital de Gatineau radio-oncology service (2009) and the Sainte-Julie municipal library. 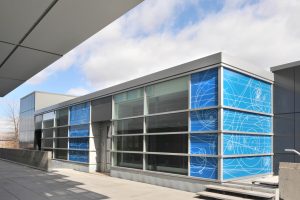 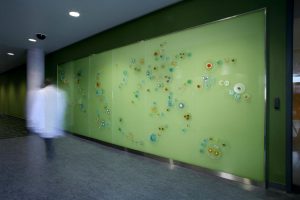