Born in London in 1853, George Edward Wade began his professional career in the 1890s, when he began to have his works exhibited at the Royal Academy of Arts in London. His production consisted mainly of bust portraits, executed for commissions emanating from the British colonies. His services were retained by the city of Hamilton, Ontario, to create a statue of Macdonald in 1893. Although the statue was imposing in stature, no supplementary structure framed it. Wade died in London in 1933. 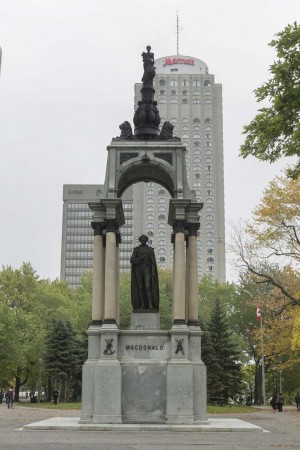