Alice Winant was born in 1928 in Romania, where she worked as a photographer until she was incarcerated at Auschwitz and Bergen-Belsen in 1944. After she was liberated in 1945, she studied sculpture with Carl Helbig in Stockholm. She then decided to move to Canada in 1953, but it wasn’t until 1968, when she was 40, that she began her sculpture practice.

Her work is now included in a number of private collections in Canada, the United States, Europe, and Japan. 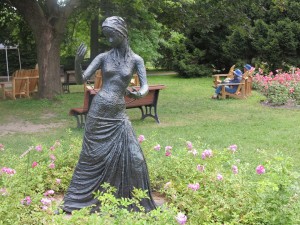