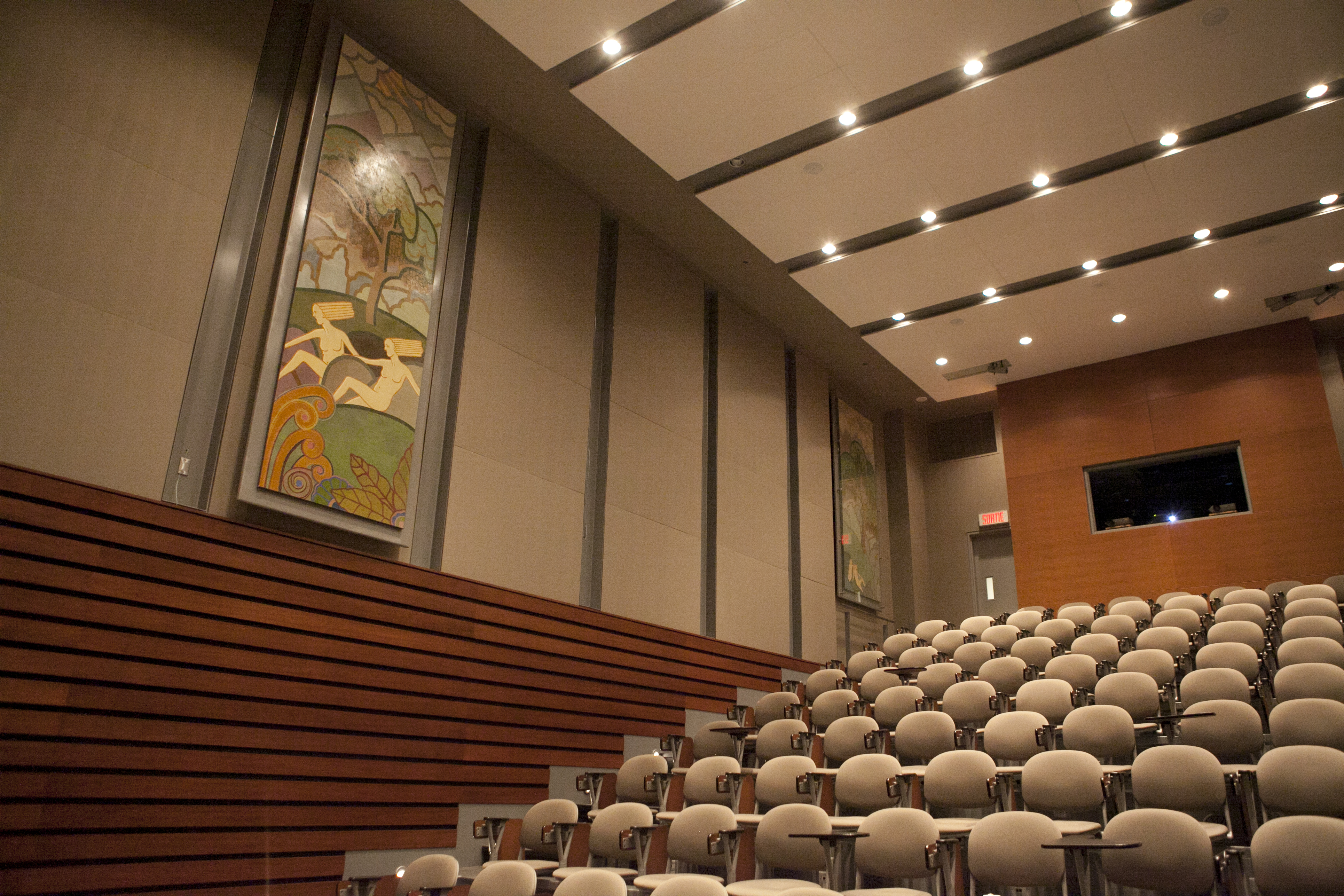 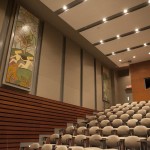 Kenneth Hensley Holmden was born in Ottawa to British parents. In Montreal he is credited for pieces in the original Ruby Foos Restaurant and the Imperial Bank of Canada building on St. Jacques Street. His work is in the permanent collection of the National Gallery of Canada.

From 1938 to 2001, the York Theatre occupied what is now the eastern wing of the EV complex. Constructed according to plans drawn up by Morley Corbus Luke (1901-1976) of Perry, Luke, and Little Architects, and decorated under the supervision of Emmanuel Briffa (1875-1955), the building welcomed thousands of cinephiles for half a century. In homage to the Art Deco landmark, a number of decorative elements were saved, restored and incorporated, including this partial set of panels. Despite having lost a leg in the First World War, Holmden balanced himself on a scaffold to paint these vibrant and colourful neo-egyptian nudes frolicking in stylized Canadian landscapes.