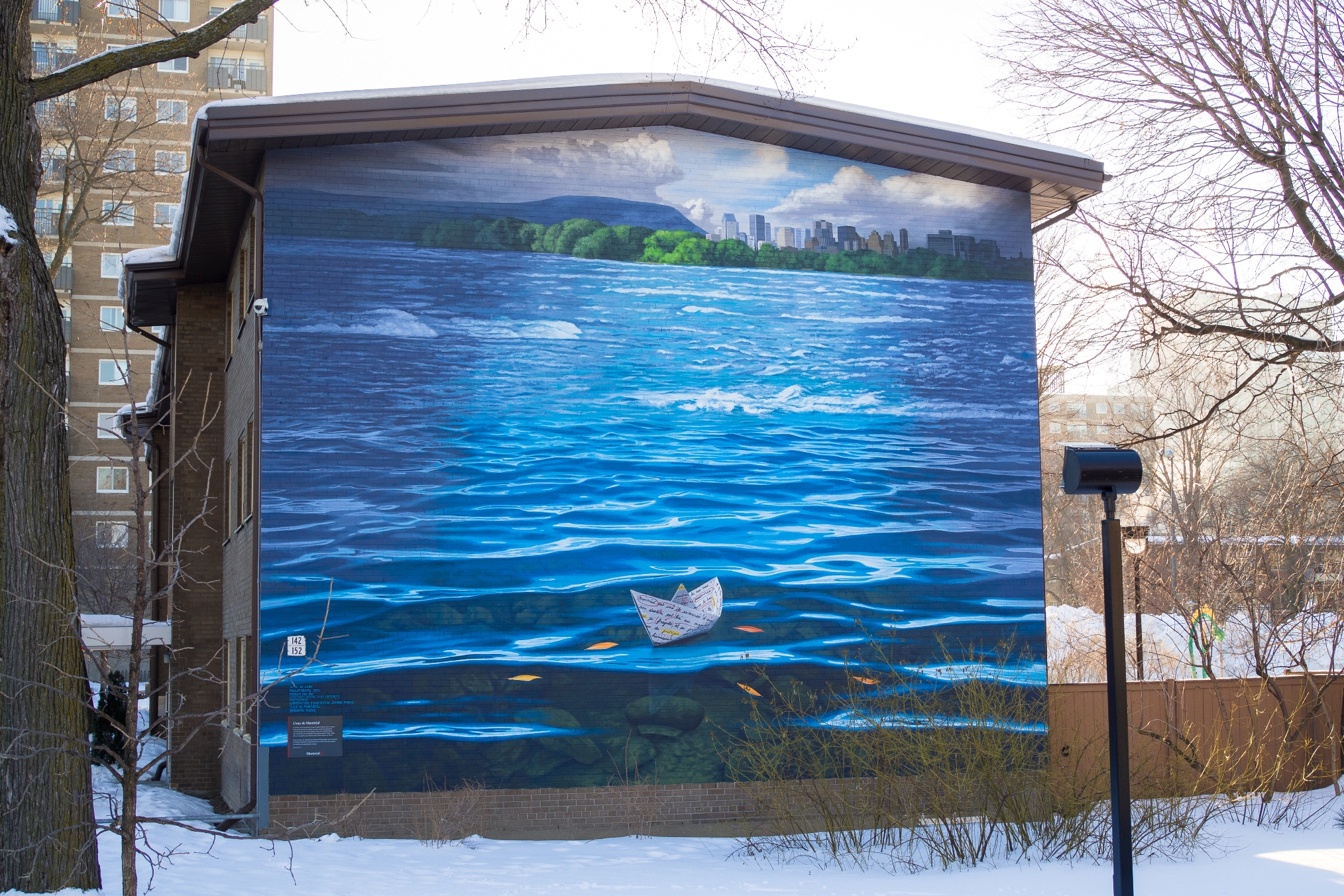 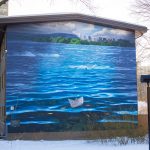 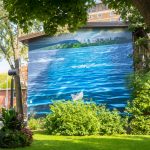 In keeping with the series of murals entitled “Les Saisons montréalaises” at the Habitations Jeanne-Mance housing project, MU has initiated another group of murals based on the four elements. Phillip Adams created this second mural with water as its central theme (the first, entitled L’air du temps, was also produced by Adams in 2012).
The mural is an ode to water, to the beauty of this natural resource, but also to its fragility. The dominance of water in the mural’s overall composition and the cityscape in the background both serve as a reminder that Montreal is an island, surrounded by water and that its fate is intimately linked to that of the majestic St-Laurent River. Water is at the very heart of our lives, it is fundamental to life itself. The small origami boat floats delicately, carrying with it a message of awareness about the need for preservation and responsible water use.