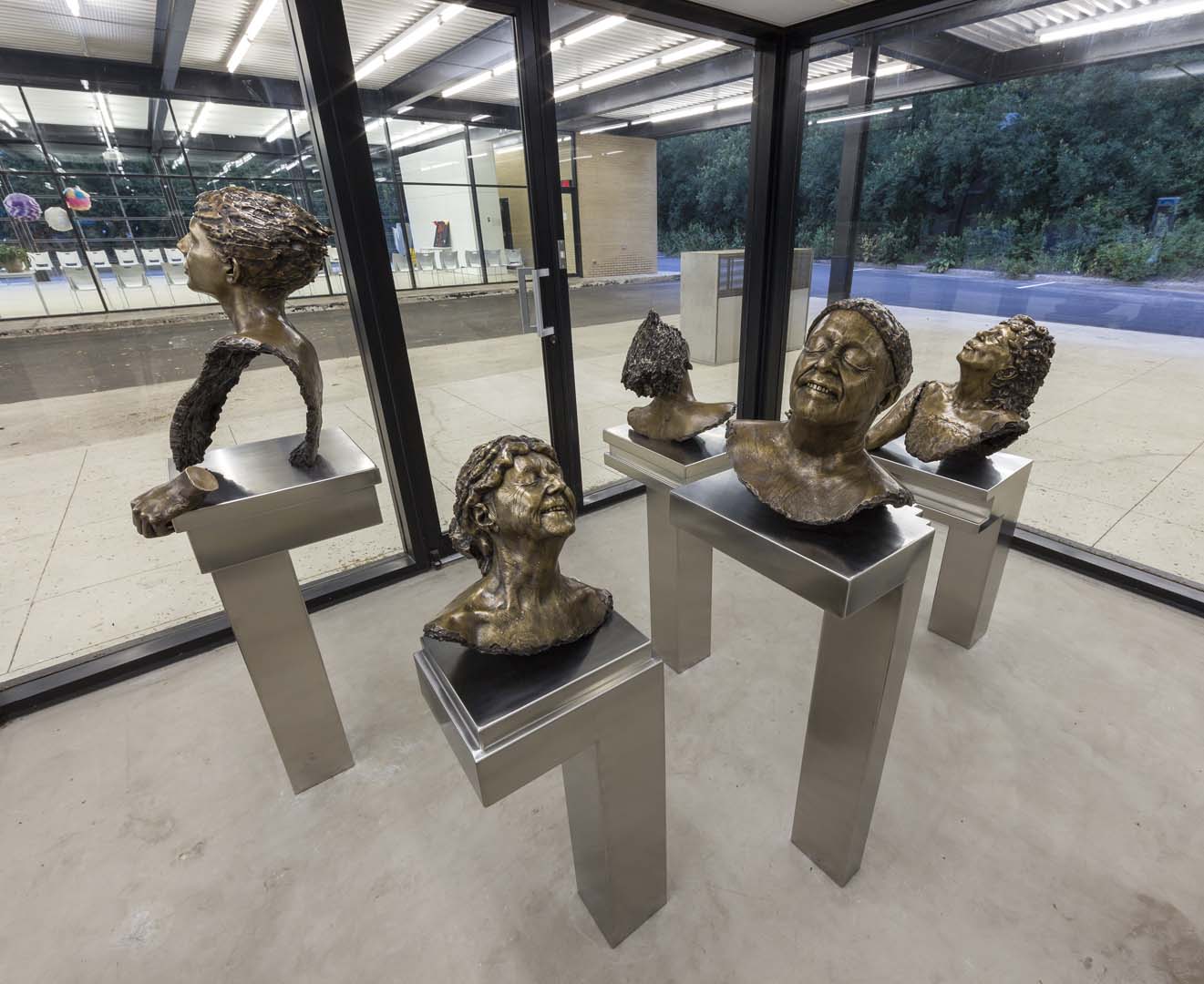 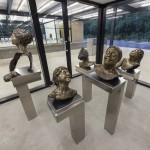 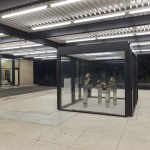 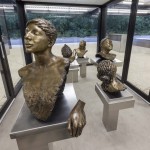 Francis Montillaud is a young artist born in the Québec City region. After obtaining a bachelor’s degree in visual arts at Université Laval in 2003, where he concentrated in new media. He moved to Montréal and earned a master’s degree in visual and media arts at UQAM. He was selected to be in the Manifestation internationale d’art 3: Cynismes? de Québec, presented by curators Patrice Loubier and André-Louis Paré in 2005. In 2009, his participation in the Paysages Éphémères festival was critically acclaimed, bringing him to the notice of the public in Montréal.

Five bronze busts placed on stainless steel bases form the sculptural grouping Carrefour, which is situated in what used to be the cashier’s booth at the service station. Each bust is a portrait of an inhabitant of the neighbourhood: thee elderly people and two teenagers. The elderly people are mimicking facial expressions of young people, and vice versa. The models were selected following a public invitation by the artist, and their facial expressions were faithfully rendered thanks to the alginate casting method. The artwork reflects the site’s new vocation as an intergenerational crossroads for young and old. The bases of the sculptures create a visual dialogue with the simple style of Mies van der Rohe’s architecture.

The artwork is typical of the artist’s approach, as he is interested in introducing the gestural into traditional sculpture. This work is reminiscent of another of Montillaud’s public art projects, Curiosités, this one in the Saint-Boniface Sculpture Garden in Winnipeg, Manitoba, in 2012, for which the artist also called upon the population in order to cast their bodies and expressions or mimicries in bronze.