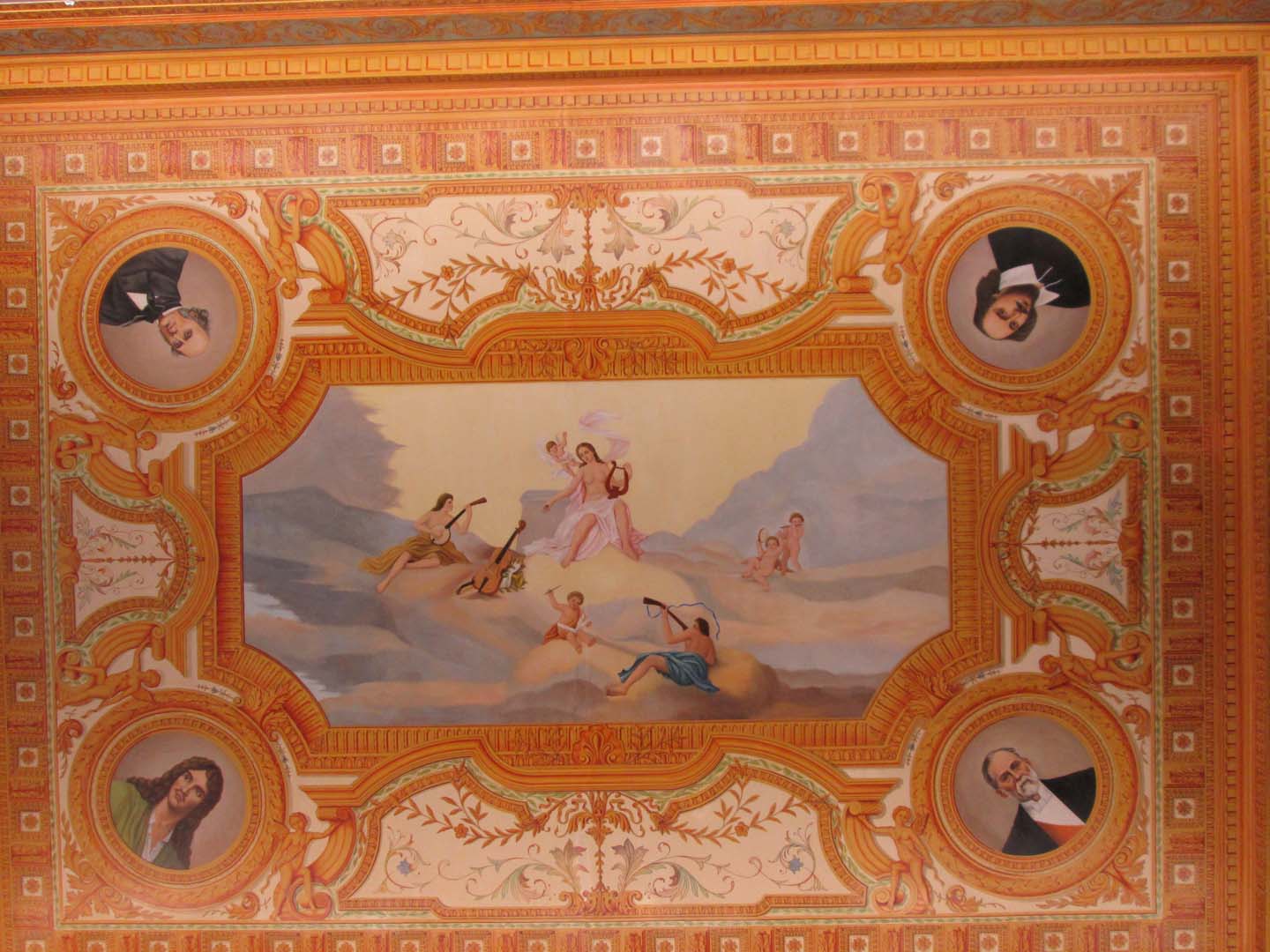 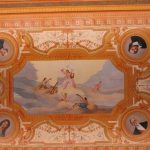 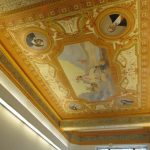 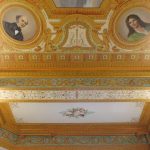 A Quebec artist whose production is not widely known, Hector Végiard (1870–1943) was employed by Statuaires Carli-Petrucci, a large studio specializing in modelling, sculpting, and painting plaster statues and decorative objects in Montreal, following his art training at the École des arts et manufactures at the Monument national. He then joined Desmarais & Robitaille, a firm specializing in liturgical objects, where he remained for 25 years. He painted numerous frescos in his home and many decorations and banners for parades and celebrations such as Saint-Jean-Baptiste and Corpus Christi.

To the left of a majestic lobby, overlooked by a mezzanine with a neoclassic-style marble balustrade, in the Gaston-Miron building, is the former office of the conservator in which is situated the Baroque-style fresco by Hector Végiard that adorns the entire ceiling. The fresco, is the image of nineteenth-century neoihistorical interiors and was restored in 1992.

Painted in oils on a thin layer of plaster, the fresco is divided into three sections. The central part illustrates an allegory for music, as personified by a bare-breasted woman holding her attribute – a lyre – in one hand; the other hand points to another instrument resting on a score, laurel leaves, and a trumpet. Her divine nature is evoked by her nudity[1] and the Baroque draped fabric fluttering at her side, propelled by an invisible force. Several putti are scattered around the work: one notates a melody with a quill, another plays a flute, and a third plays a tambourine. Four medallions portraying historical figures surround the scene.

Two caissons frame the main scene. In the centre of the first is an allegorical motif composed of piled books, an inkwell and a quill, and a candlestick and an hourglass. The ensemble is surrounded with laurel branches, a symbol of virtue.[2] In the centre of the caisson at the back of the piece is a group of musical instruments and a score sitting atop laurel branches.

The painting as a whole is enhanced with interlacing and motifs inspired by the Renaissance. Around the caissons is a border of modillions, dentils, and ova surmounting a broad frieze of foliage scrolls. In the four corners of the ceiling are the signatures of Hector Végiard and three other artists, E. Végiard, J. H. Houde, and Napoléon Fournier.