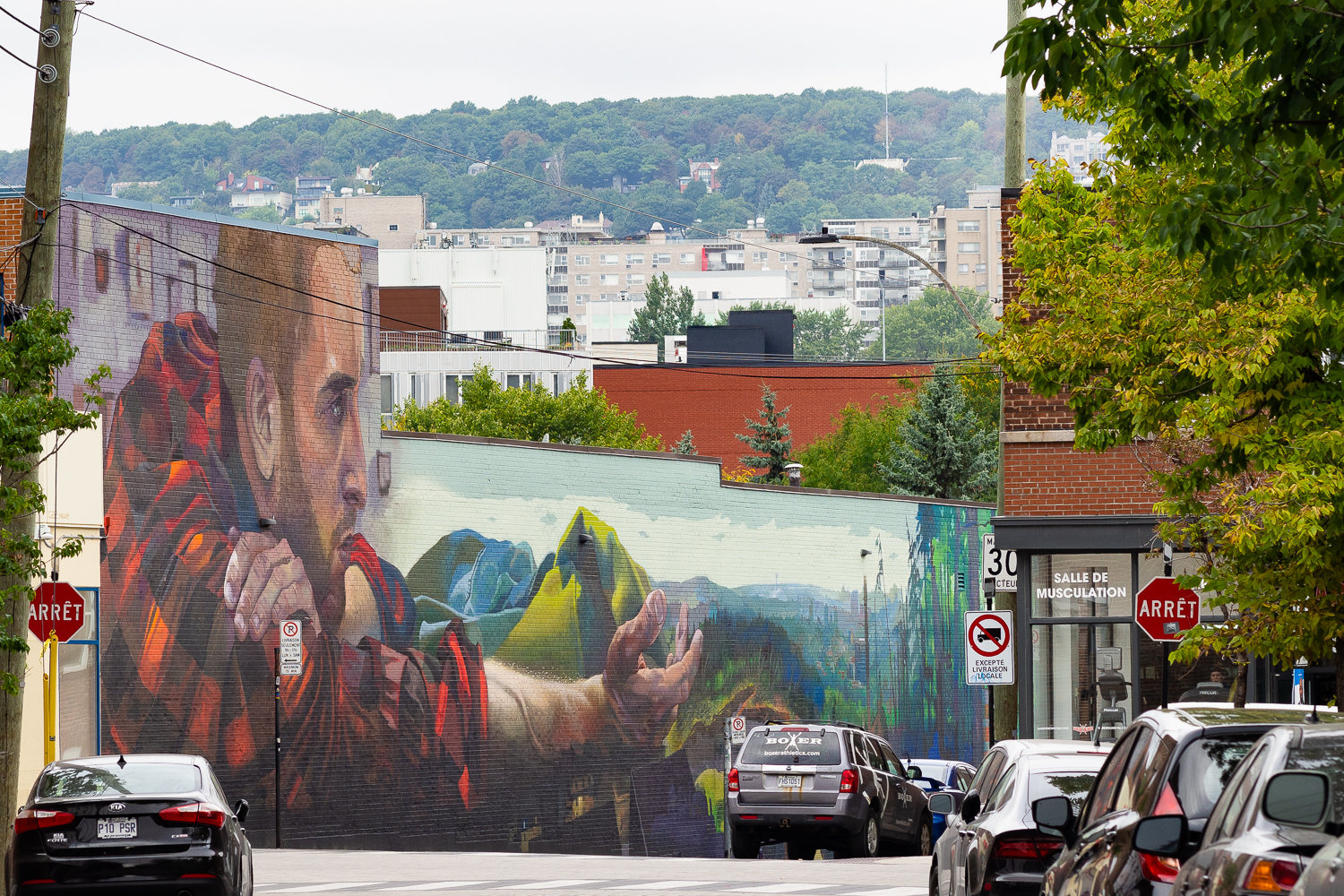 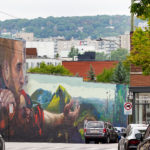 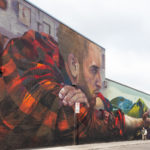 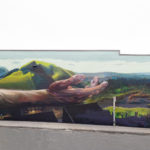 Andreas Von Chrzanowski (a.k.a. CASE and CASE Maclaim) is an urban artist hailing from Frankfort, Germany. His talents in figurative painting allow him to create art that couples brilliant photorealism with a strong scent of surrealism. One of his favourite pictorial motifs is of overlapping hands, which symbolize unity and power. CASE is a pioneer of photorealistic murals. Today he is widely recognized as one of the best aerosol artists in the world.

The mural was created as a result of the Plan de développement urbain, économique et social (PDUES) which was a response to the échangeur Turcot reconstruction project and as part of efforts to revitalize rue Notre-Dame. This is the second mural related to this project; the first was by Nélio, created in 2017 at 4030 rue Notre-Dame.

MU’s mural project is very impressive, due to its size, the monumental scale of the portrait and the technical mastery evident; it leaves no one indifferent. CASE (Andreas Von Chrzanowski) chose to represent the paradoxical relationship connecting humans to nature, by focusing, as he often does, on a hand; everyone can understand the gesture it is making. By taking a local person as model, his work is even more embedded in the district in which it is located.