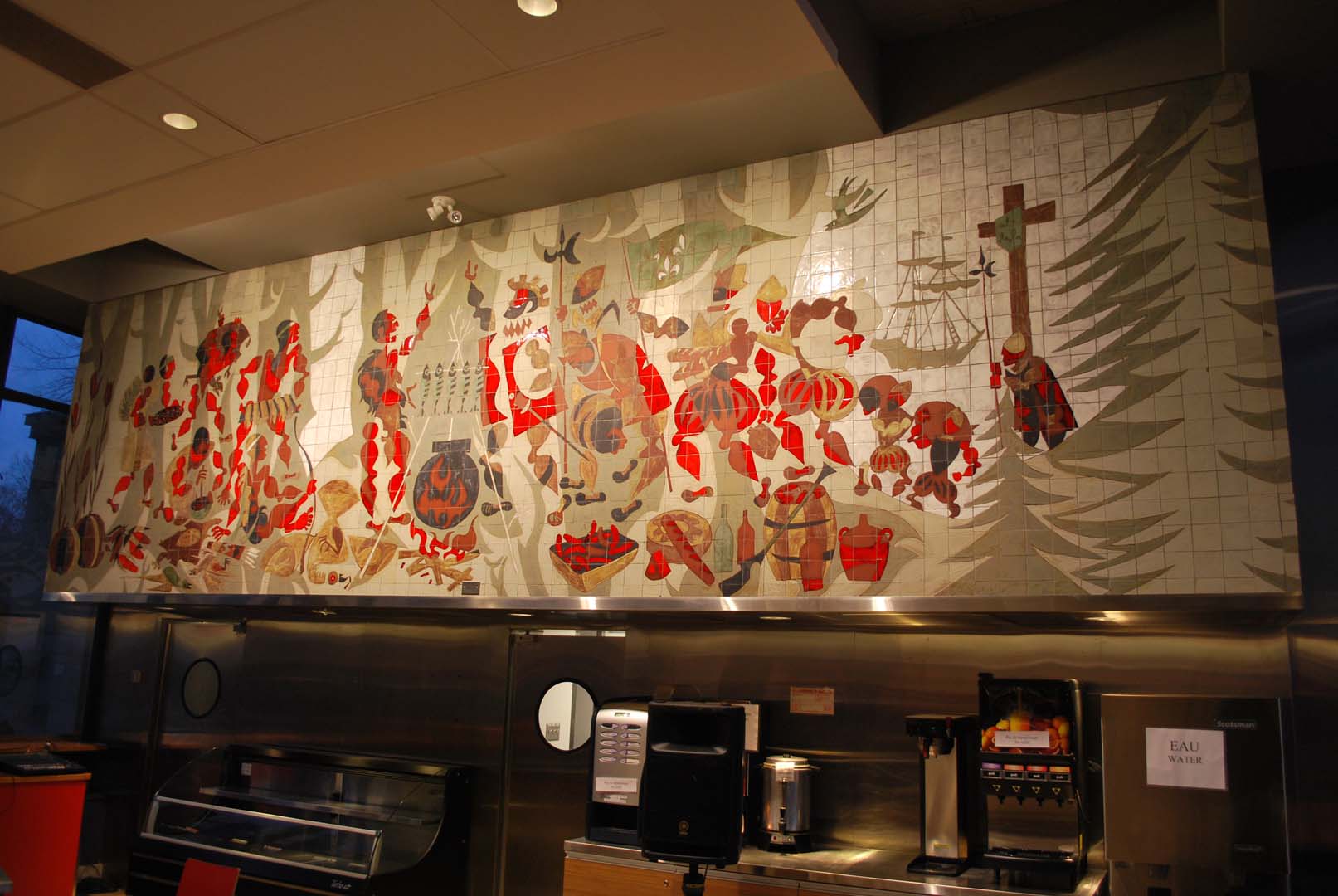 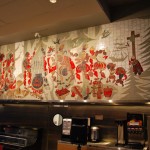 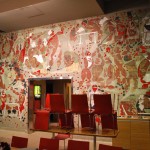 A self-taught artist, Robert Lapalme is known for being one of the great Canadian political caricaturists of the twentieth century. In the 1940s, he became actively involved in the fight against the government of Maurice Duplessis, whom he relentlessly caricatured in the daily Le Devoir. He organized the Salon international de la caricature (from 1963 to 1988), and was artistic director of Expo 67 and the Montréal Métro. Influenced by cubism, Lapalme was also a painter; he produced a series of paintings for the Berri-UQAM Métro station and Place des Arts.

The two murals decorate the restaurant of the Botanical Garden. The larger one frames the entrance and the other one is at the back of the main dining room. These two mosaics portraying moments in Canadian history were executed from plates by Robert Lapalme. The one at the back of the room illustrates the explorers’ first meal during the first voyage of Jacques Cartier, in 1534. The one at the entrance traces the local history of dining tables in inns from early colonial times to the late nineteenth century.

Lapalme’s style is recognizable in these paintings due to their sinuous lines and cubist accents (which are reminiscent of the paintings of his friend Alfred Pellan, on whom he apparently had some influence). The artist’s penchant for a didactic form of art that illustrates the history of Montréal is also found in these murals. At the time when he was artistic director of the Montréal Métro, Lapalme had formulated a policy favouring integration exclusively of figurative and historical artworks. Following a controversy involving the Automatists, he was replaced by painter Jean-Paul Mousseau, who favoured a less authoritative and more exploratory approach.