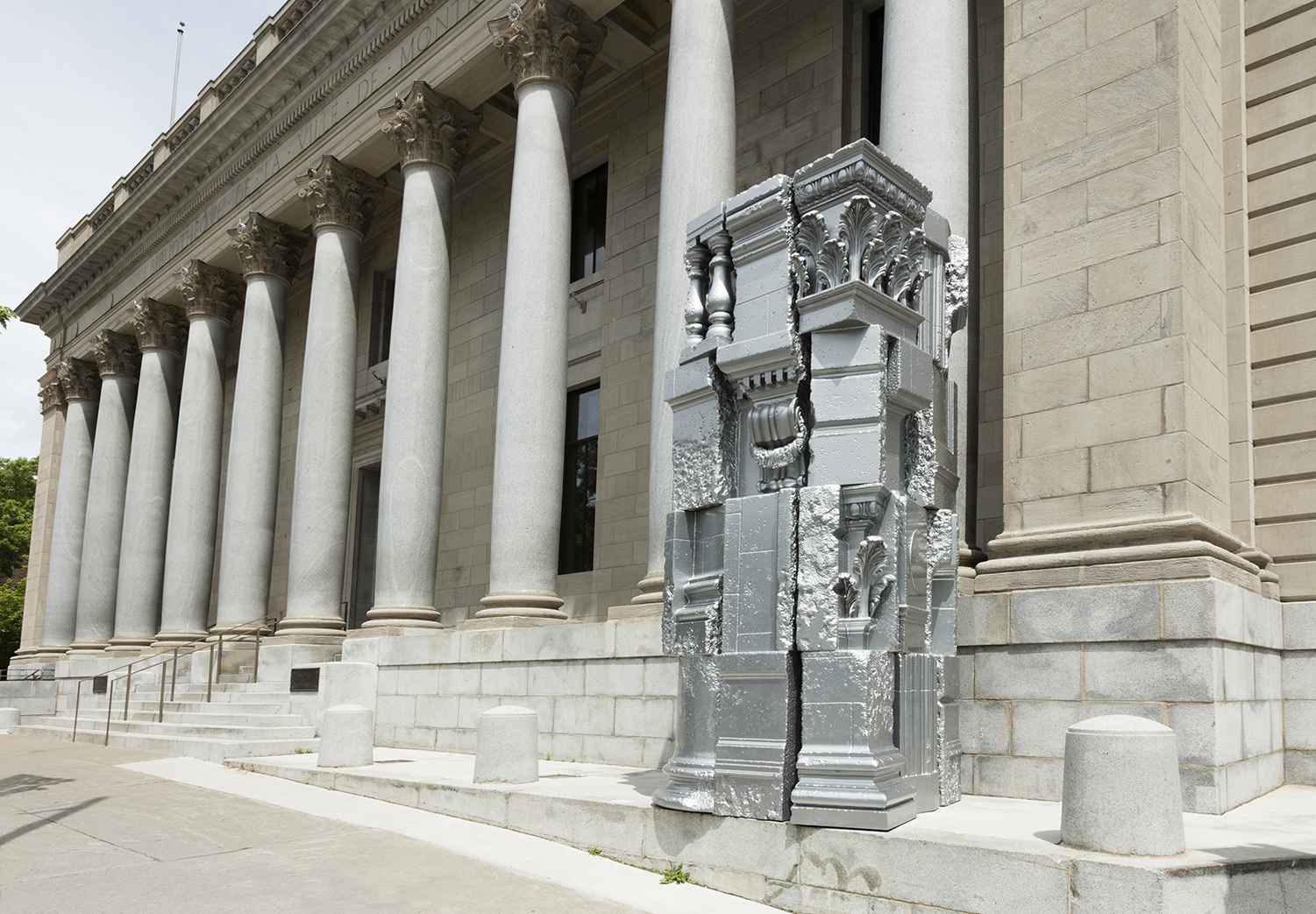 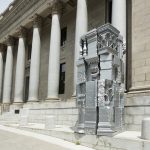 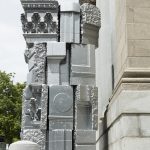 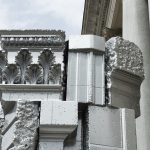 Trained in visual arts, horticulture, and cabinetmaking, Yannick Pouliot has been exhibiting his work since 2002. His pluridisciplinary practice includes sculpture, installation, photography, drawing, printing, and video. In Quebec, his works were presented in Manif d’art 2 (2003) and the 27th Symposium international d’art contemporain de Baie-Saint-Paul (2009), and a solo exhibition at the Musée d’art contemporain de Montréal (2008). He has participated in group exhibitions and residencies in Canada and abroad, including Québec Gold (Reims, France, 2008).

Placed at the entrance to Édifice Gaston-Miron, Dialogue connects the grandeur and richness of the building’s architectural language to those of the poet whose name it bears.

Drawing on the details of this majestic architecture, the artist reproduced and brought together, in a single object, 32 fragments from its façade. Slightly off axis from the line of the façade, the conglomeration from which the sculpture takes shape makes it a stylistic distillation of the building, its nucleus, ready in its turn to be deployed in space.

Anthropomorphic in appearance, Dialogue is perceived by passersby as a giant welcoming them to the building. Made entirely of aluminum, the sculpture’s reflective surface contrasts with its massive look, creating a balance between refinement and raw creativity, reminiscent of poet Gaston Miron. The sculpture magnifies the presence of Édifice Gaston-Miron, which towers over it, and enters into dialogue with it.

“My sculpture is a kernel of what appears in the immensity of the building even though it came later. The elements used in this sparkling block trace new points in the game of back-and-forth that animates the viewer’s eye.”