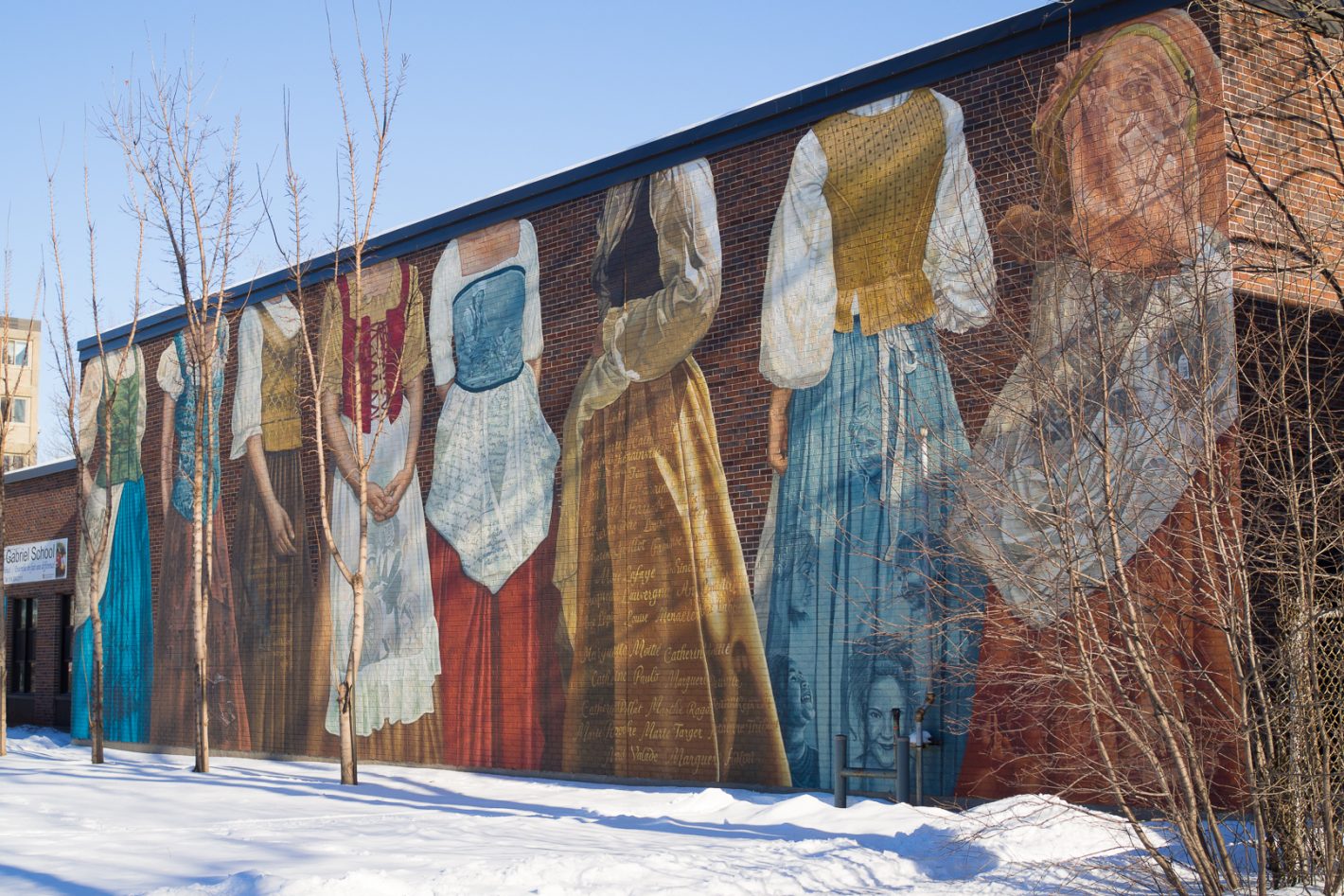 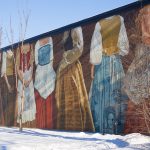 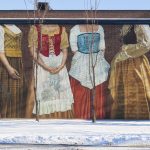 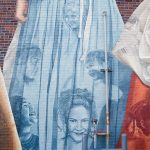 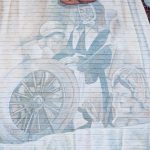 Produced by MU, this mural measuring close to 2,000 square feet was created by muralist Annie Hamel. Entitled L’Étoffe des Pionnières, it celebrates the historical journey and exceptional legacy of the Filles du Roy (the King’s Wards) as part of the 350th anniversary celebration of their arrival to New France (1663-2013), organized by Maison Saint-Gabriel.

The mural depicts the arrival of the initial 36 Filles du Roy – their names appear on the sixth gown – to a settlement in New France and its subsequent growth, particularly in Ville-Marie (present-day Montreal). The mural evokes a narration in eight scenes woven into the fabric of the first eight Filles du Roy’s gowns.

The four gowns on the left highlight the departure of the first contingent of women from La Rochelle, France in 1663; the formidable and perilous crossing on board the Aigle d’or; their arrival in the autumn on the shores of the St. Lawrence Valley and their meeting with the native peoples; Marguerite Bourgeoys welcoming them at the St. Gabriel farm. The narrative continues with the reality of life in New France: working the land that these urban orphans had never known before, the notarial minutes of their marriages as well as their preparations to found families. The last two scenes bring us to modern times and the priceless legacy of the Filles du Roy. The seventh gown depicts the faces of children from all origins who form today’s Quebec. Lastly, the work’s narrative ends with a tribute to the descendants of these first immigrants and to all the women who contributed to the building of Quebec and who continue to play a key role today. The reason why the artist chose to depict the eight silhouettes without faces is so that all women can recognize themselves in them.