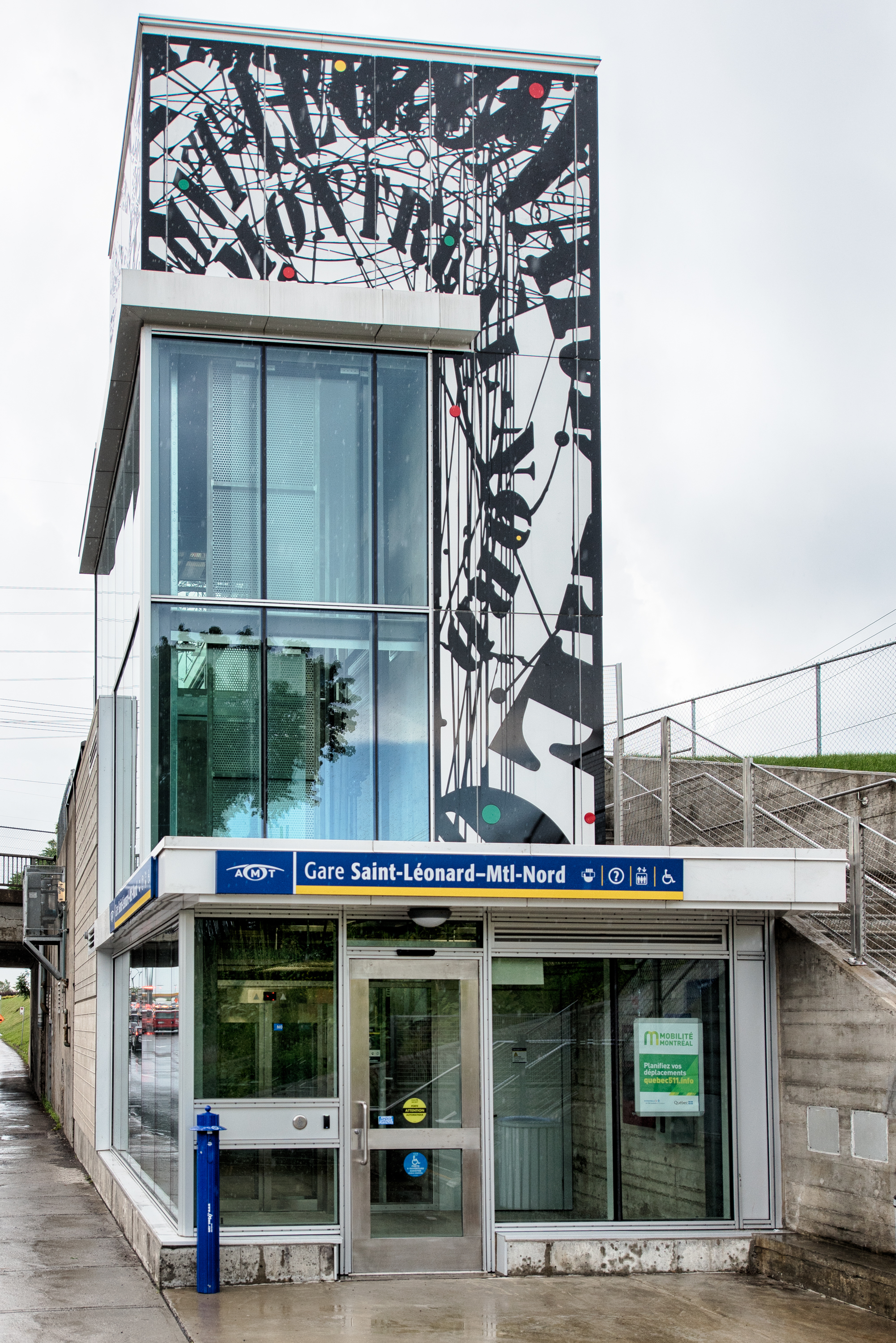 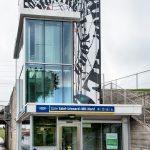 Sylvain Bouthillette’s artwork titled Flux occupies part of the service of two outside walls of the kiosk on Rue Lacordaire, near the train overpass. With a total area of more than 30 m², the artwork was created on an aluminum surface about 3 mm thick cut out and painted matte black. The work was then attached to the spandrels of the white walls.

The artist emphasizes that the work was designed as a component of the kiosk’s architecture. The mural, lacy, light, and in motion, with coloured accents, contrasts with the stable, dense structure of the building. Through its siting, dimensions, and integration – the name of the train station, “Saint-Léonard−Montréal-Nord,” appears in its composition – Flux displays an undeniable aspect of signage.

On the conceptual level, Bouthillette explains that his work symbolizes movement, travel, and bringing together people and places. The overlapping lines and typographic characters are meant to portray “flows of power, energy, and information”, while the graphic aspect of the work refers to, among other things, an “active railway network”.