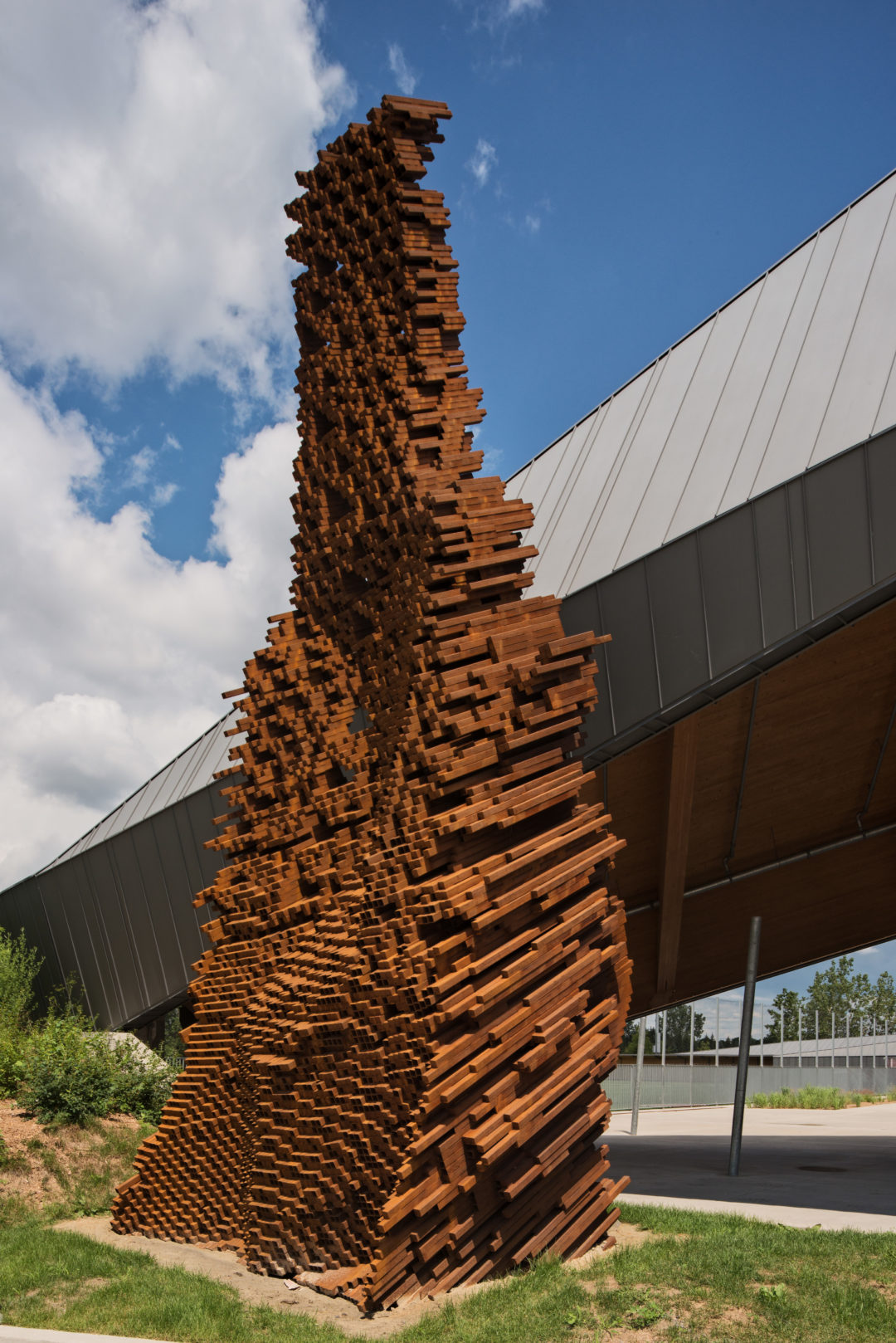 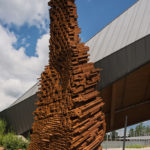 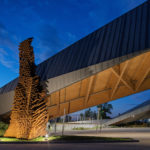 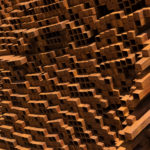 Patrick Coutu holds a bachelor’s degree in visual arts from the Université du Québec à Montréal (1997), and a master’s degree from the Glasgow School of Art (2003) and Concordia University (2005). Since 1997, his works have been featured in a number of exhibitions in Canada, including at Galerie René Blouin, the National Gallery of Canada (NGC), the Musée d’art contemporain de Montréal (MACM), and the Musée national des beaux-arts du Québec (MNBA), and abroad. His artworks are in public collections (MACM, MNBA, NGC, Ville de Montréal) and private collections.

The work is composed of 4,800 square tubes made of weathering steel (often known as Corten steel), the rusted colour of which comes from the self-protective corrosion of its surface. More than 10 metres high, Géologique, like a rocky protrusion, rises gradually from its base, narrowing to the culminating point of its peak to blend with the architectural grouping of the soccer stadium. An imposing sculpture with organic and mineral facets, this vertical structure contains numerous gaps, creating a mesh with motifs and depth effects – some opaque, some transparent – allowing spectators to glimpse the background as they move around it. From a horizontal point of view, the structure refers to the sedimentary stratification of the limestone quarry that was the initial use of the site. Like a natural column that has grown slowly, with a random, uneven form, Géologique rises before us with strength and dynamism, like the athletic activities practised in the Stade de soccer de Montréal. (Source: Éric Legendre)
“The athletic vocation of the soccer stadium is reflected in the nod to art history. In fact, its reiterated strata are a trait common to twentieth-century futurist sculpture. It emits the same idea of dynamism and is intended to be as energetic as the action that takes place on the site.”
– Patrick COUTU

Marc-André Carignan
“Montréal’s soccer stadium is indubitably one of the most impressive architectural projects in the last decade in Québec, and this work, “Géologique”, is a perfect complement to the site. It is a logical continuation of the concept evoked by the stadium, which is based on the geology of the site, on layers of rock piled on top of each other (reference to the previous use of the site: a quarry). The work threatens to overwhelm its admirers and its vertical composition is very impressive.”