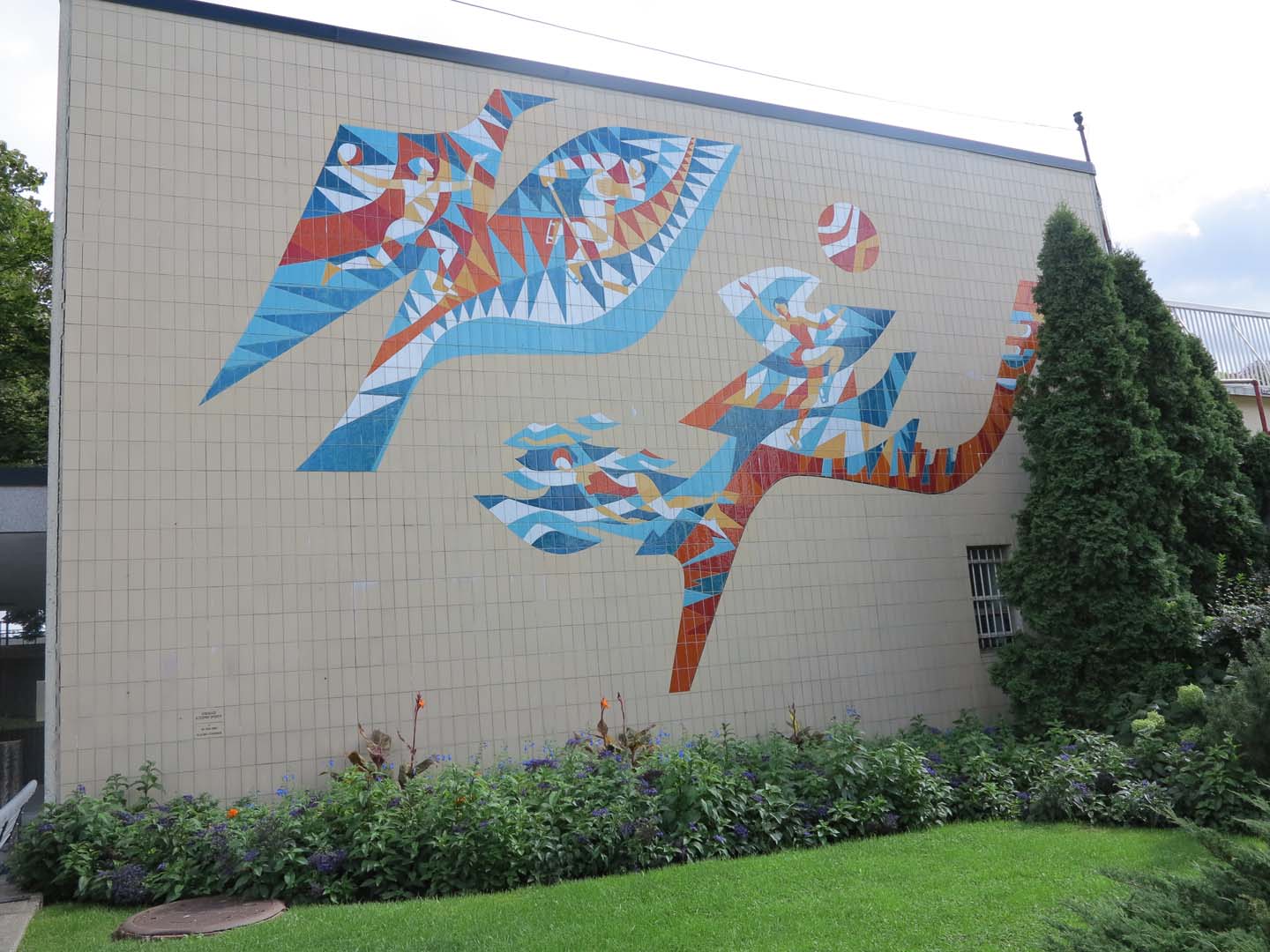 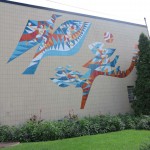 Paul Pannier was born on Saint-Pierre-et-Miquelon in 1923 and died in Montréal in 1993. He was the founder of Pannier Céramiques ltée, where many of Jiri Georges Lauda’s table pieces were produced.

The mural covers an entire exterior wall of Aréna Garon. It is composed of three figures that emerge from a grouping of white, blue, orange, and red triangular and curved shapes in both figurative and non-figurative motifs. In the left-hand figure appear male athletes, one carrying a ball and the other a hockey player. In the right-hand figure are a female swimmer and figure skater. The third figure is a circle composed only of abstract motifs.

In a large number of the collaborations between the two artists, Lauda was responsible for the artwork’s concept and design, and Pannier fired and glazed the pieces. This division of tasks was likely maintained for production of this mural, the lines and colours of which are consistent with Lauda and Pannier’s previous artworks integrated with architecture.