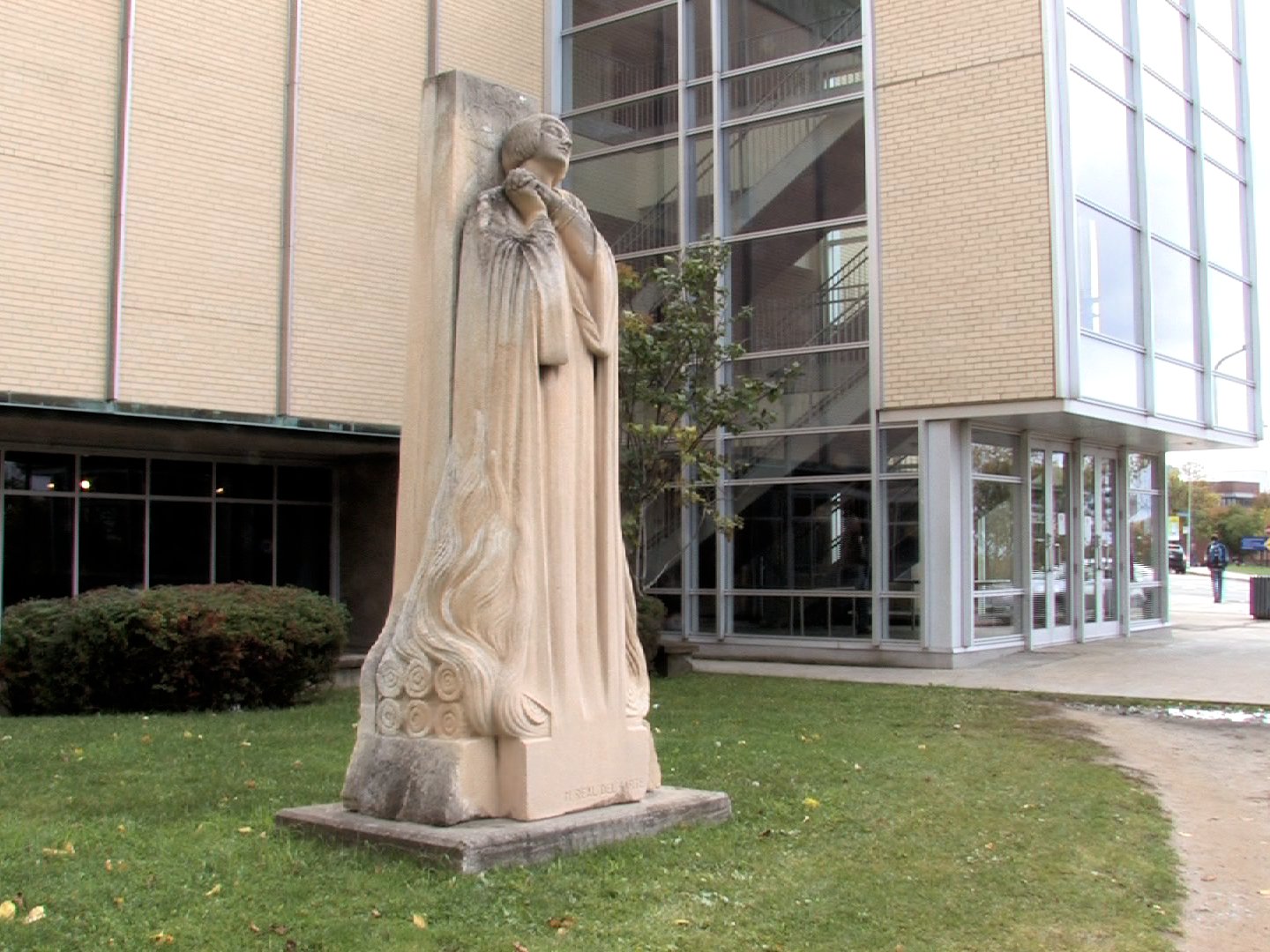 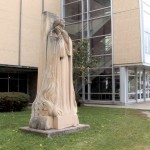 Maxime Real del Sarte was born in 1888 in Paris and grew up in a family exposed to the world of art. Italian-born painter Andrea del Sarto – a man invited to Paris by Francis I of France – was one of his ancestors. Real del Sarte is the nephew of composer Georges Bizet and the favorite pupil of Paul Landowski, director of the École de beaux-arts de Paris in 1939 and the man sculpted Christ the Redeemer in Rio de Janeiro.
Real del Sarte was admitted to the École des beaux-arts de Paris and became president of the Camelots du Roi. He was incarcerated several times as he was a firm believer in the Action française, a nationalistic and monarchic movement. Today, the Action française’s summer university bears his name.
The artist’s career was interrupted by his participation in the First World War. After the war was over, he had his left forearm amputated but that did not stop him from pursuing his career as a sculptor. He created the model and hired others for the scissor work. Real del Sarte then finished a piece that he started in 1914, Le Premier toit, which earned him the Grand Prix national des Beaux-arts in 1921. The artist’s popularity exploded and he received many orders, most of which for commemorative monuments. The artist favored pure lines and tall constructions to symbolize the soul’s elevation. He pursued his career up until the 1950s. He is considered as the sculptor to have built the most monuments throughout France of his generation. Though he worked in a traditional manner, his artistic work adhered to France’s resurgence of religious art following the First World War.

Jeanne d’Arc (Joan of Arc) is pictured with her eyes closed, praying, at the stake with the flames searing her clothing. The whole is pure, and the folds in her clothing at the fire of the stake are simply stylized. An accent is placed on Jeanne d’Arc face in prayer. The sculpture was sculpted from hard Poitou stone, is a little over three meters high and weighs four tons.
The artist had the following words engraved at the base of the statue ”I created this piece with love for our Canadian friends, for the glory of the patron saint of world peace.” The beige stone’s color and granular texture are in harmony with the ocher bricks used by Ernest Cormier for the Roger-Gaudry pavilion’s surfacing.
This sculpture is one of the five copies of the original 1928 statue which was offered by the artist to the city of Rouen in France. The artist first promised to offer the sculpture to Franklin D. Roosevelt, the President of the United States. When he died in 1945, he decided to offer it to Mgr Maurault, Université de Montréal’s president, in 1950. The piece is a symbol of Franco-Canadian friendship and the Université’s religious character at the time.
The sculpture then started its long odyssey. It was first transported from the Jardes quarry, in Poitou-Charentes, in the spring of 1950 to the port of Antwerp, It was loaded onto the Canadian Pacific vessel Beaverlake and was scheduled to arrive in Montreal a several weeks later.
The inauguration was planned for the spring of 1951. The artist was too sick to cross the ocean and couldn’t attend the ceremony which he described as a ”celebration of Franco-Canadian friendship” and told the rector that ”it would have meant the world (to him) to bring a pouch filled with earth gathered on the precise spot where Jeanne d’Arc was burned to death to the inauguration.”

As a fervent catholic, the artist revered Jeanne d’Arc as he believed that she represented French patriotism and the Catholic faith. He founded an association named ”Les Compagnons de Jeanne-d’Arc”. The artist gave this historic person several attributes such as: an angel of peace, a horse-riding warrior bearing a sword, a helmet a shield, carrying the olive branch or a flag with her companions, in front of thes judges or alongside her mother. Whether it be with a bronze, silver, plaster, wax, wood, marble or terracotta statue, this heroine was a true inspiration for Real Del Sarte’s art.